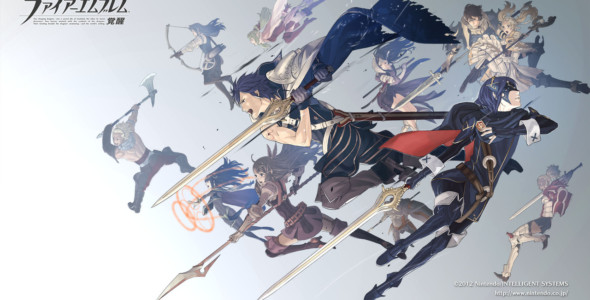 Yes, you read the title correctly. Obviously, I do not mean to generalize seeing as of course not every Sony fan out there is misinformed on this topic matter. But despite my last sentence, some will ignore what I just wrote regardless and accuse me of using generalizations. Oh well. This is the internet, after all.

And I wholeheartedly understand that this isn’t necessarily gaming news but hey, IGN, Kotaku, GameSpot, and other major gaming publications write stories on things such as fan reactions all the time, so why can’t we?

But this is something I’ve been seeing lately that I find way too amusing to keep to myself. Turns out that some Sony fans actually think that Atlus owns the Fire Emblem franchise. For those of you who may have been living under a rock, within these next couple of weeks Atlus and it’s sister companies will be going up for auction due to their parent company, Index Corporation, going bankrupt.

A lot of people have been predicting that Nintendo will be the company to scoop Atlus up, and reasonably so, considering their close relationship. But obviously, many Sony fans are appalled by the idea of Nintendo owning Atlus, and in-turn are begging Sony to buy Atlus instead, even ripping off of Nintendo fans’ hash-tags, “NintendoSaveAtlus” and “NintendoBuyAtlus” by simply replacing Nintendo with Sony.

And along with Shin Megami Tensei and other series under Atlus’s belt, turns out some Sony fans think that Fire Emblem comes with the package as well:

Now, despite anything I could possibly say, people will think of this as a blatant attack on the Sony fanbase – it isn’t. It just so happens that people who think Atlus owns Fire Emblem are……well……Sony fans. This is all in good fun folks, and to be completely honest this article was not meant to embarrass these people (although that’s exactly kind of what I just did). I mean, come now, this is like a Capcom fan thinking that the company would gain the Marvel I.P.’s because of the MvC games. It’s all quite humorously amusing. But hopefully we can all just chuckle at this and take it for what it is, and move on.

If you are curious about GaminRealm’s take on this Atlus up-for-sale situation, you can view the piece I did regarding the matter right here, so feel free to check that out and leave a comment. Until next time, folks.