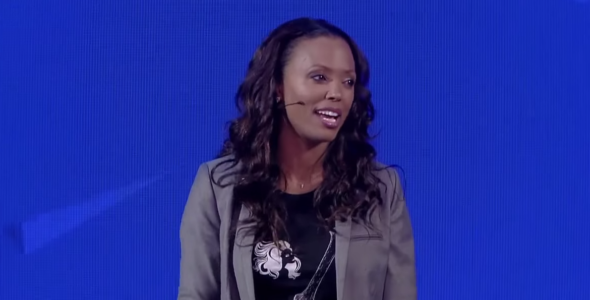 For her third time, Aisha Tyler hosted Ubisoft’s conference at E3. For years it’s been questioned whether or not she’s a true gamer, and this year the criticism continued.

In a recent interview with NPR, Tyler stated:

“To come and tell me that something that I’ve lived with and loved since I was a little kid is illegitimate, that I’m lying about it,”

“I’ll literally tell somebody to their face, ‘F**k you’—and I’ve done it on this floor.”

“The hypocrisy of that is extraordinary,”

“So I do a lot of calling people on that. So no one let you into your club and now you have one and you don’t want to let anyone else in and you know that you’re just being full of it right now.”

She explained how gamers are a group of people that tend to be excluded, and they’re hypocrites to now exclude others.

Personally, I don’t think she has a reason to lie, but I can see why people would think she’s not a “real” gamer especially after this year’s Ubisoft conference. What people need to understand is that Aisha is not in charge of the games shown at Ubisoft’s conference and it is her job to try and get people as hyped as possible about them (as futile as it may be). It begs the question, if she were a male would it be different? If she were white would it be different? Maybe it would be, maybe it wouldn’t. I’m not here to over analyze this situation. Regardless of whether she really loves games or not, I think people need calm down with this subject.