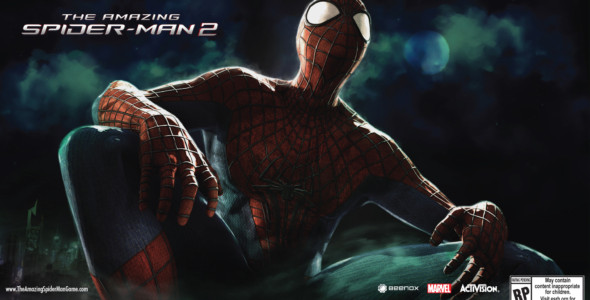 Looks like the Dark Knight isn’t the only superhero making headlines today, over on the Marvel side, Beenox has shared a new gameplay video showing how they fine-tuned the web-slinging controls in the upcoming Amazing Spider-Man 2 Video Game which is supposed to tie-in to the upcoming movie of the same name.

In the video, Creative director Thomas Wilson demonstrates the new web-slinging mechanics. What is different from the first game is that Spidey’s webbing limbs are dedicated to the left and right triggers of the player’s appropriate controller. They also promise that Spidey’s different costumes will adhere to their special abilities introduced in the comics.

I’m hoping I can go Venom-crazy with the Black Suit, Go all Doc-Ock with the mechanical arms with Iron-Suit Spider-Man, and I hope the game retains the Future Foundation Suit and gives me the ability to use the suit’s stealth abilities. As you can tell, as a huge Spider-Man fanboy, I couldn’t be more excited to read about these details.

The Amazing Spider-Man 2 will be released for almost everything: Xbox 360, Xbox One, PS3, PS4, PC, Wii U, and the 3DS to coincide with the release of the movie. The movie comes out on May 2nd. The North America release of the game will be April, 29th, 2 days before the movie while Europe will get it on May 2nd, the same day as the movie.