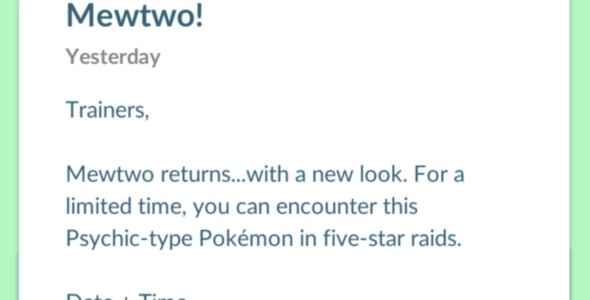 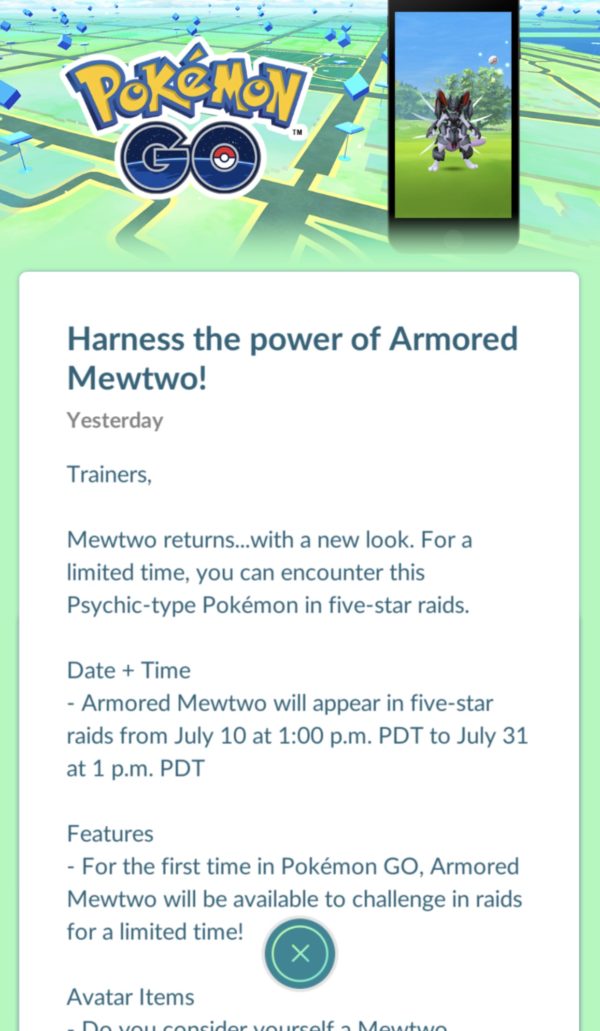 Starting July 10th and until July 31st, Armored Mewtwo will be coming to Raid battles in Pokemon Go. Previously Mewtwo was only attainable through EX Raids, but this new variant will be classified under five star raids giving all challengers a shot at this legendary Pokemon. 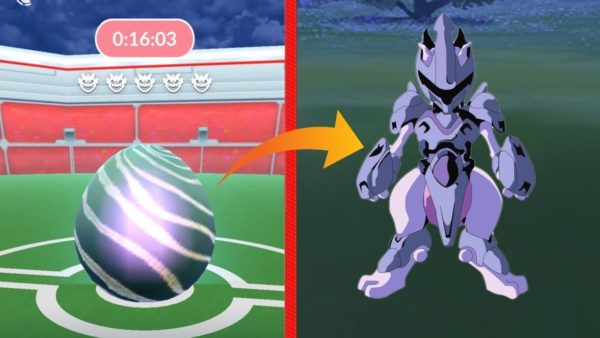 Armored Mewtwo made its on screen debut in Pokemon: The First Movie and was used by Team Rocket leader Giovanni. The armor limited Mewtwos powers and allowed him to be controlled so it’s not unrealistic to expect a decrease in effectiveness in the new Mewtwo variant. However for those players who haven’t yet attained the legendary Pokemon this presents a great opportunity to fill that entry in the Pokedex.

Will you be returning to raids in Pokemon Go to catch this legendary Pokemon? Let us know in the comments and keep it locked to GaminRealm for all your gaming news.