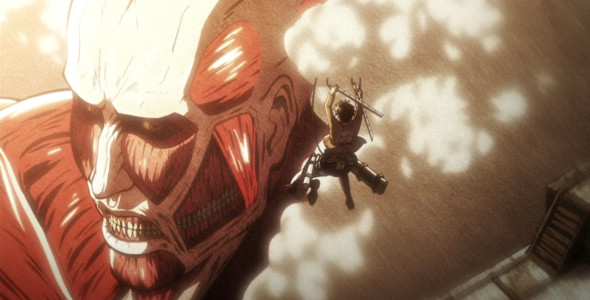 It looks like an insane and unexpected crossover will be hitting Japan in just two weeks. Marvel talent scout, C.B. Cebulski has confirmed on Twiiter that a brand new crossover between Attack on Titan and Marvel characters is on the way!

I loved “Marvel Team-Up” and “What If?” as a kid. I would spend hours dreaming up my own crossovers & alternate reality stories. As I got more into manga, I always imagined how cool it would be for the Marvel characters to cross into the pages of manga worlds. For many decades & multiple reasons, almost no manga, especially popular titles, crossed into other comic universes… until now! If you ever wondered, “What if the titans from Hajime Isayama’s “Attack on Titan” attacked the Marvel universe?”, you’ll find out soon!!

He shortly after posted this:

Not a joke, folks. Attack on Titan and the @Marvel universe are crossing over! In 2 weeks. In Japan. Want a teaser? pic.twitter.com/9AF5fqWLfX

This sounds like an absolutely amazing concept to me. By the sounds of it, it doesn’t seem like we’ll be getting any appearances from human characters from Attack on Titan, but instead will be seeing the titans themselves attack the world of Marvel. Although the titan to the right does somewhat resemble…(Attack on Titan spoilers ahead) Eren Jaeger’s titan form, but it’s hard to say for sure. So far, only Spider-Man has been confirmed, but other Marvel characters are sure to show up.

No word has been given on a US release, but I’d be surprised if we didn’t see this come to the west.