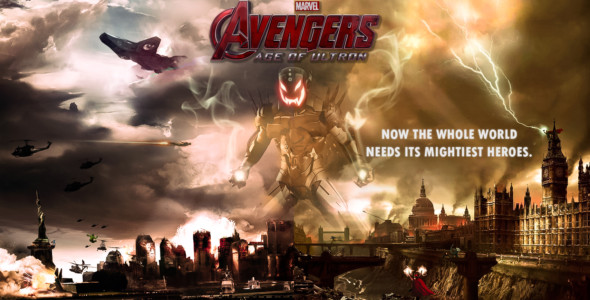 “AVENGERS: AGE OF ULTRON” is in the middle of shooting as we speak and as some of you know there will be new characters added to the team. They are Quicksilver and Scarlett Witch to coincide with their inclusion in the team from the comics. As a standard of modernized comic book heroes and villains, it’s understandable that by today’s standards the costumes from the comics might look really stupid. So here is what they will look like in Avengers 2: 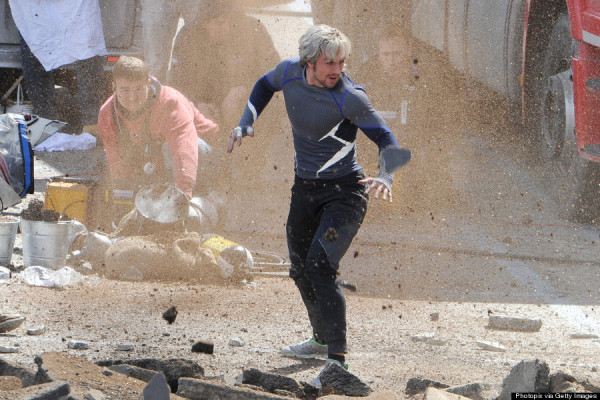 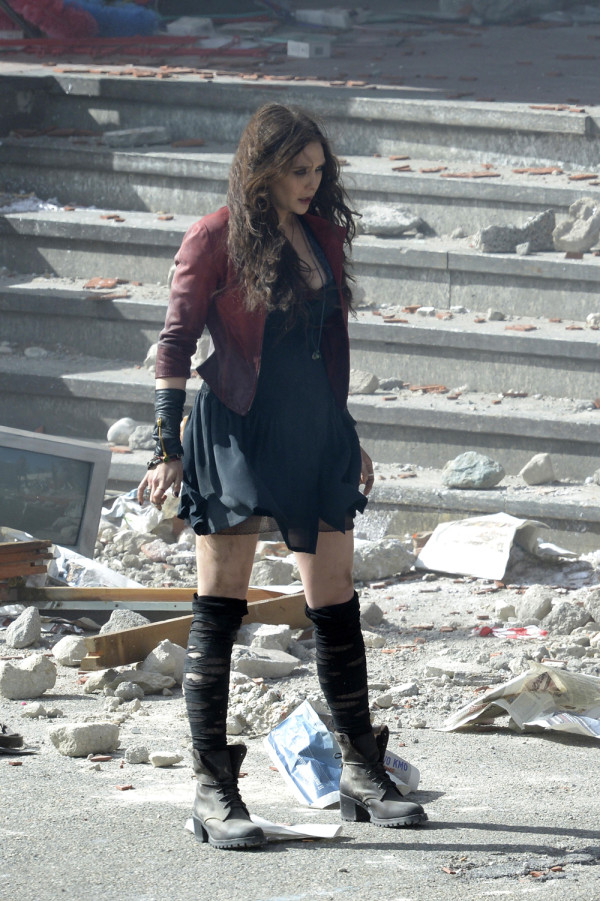 Scarlett’s look is kind of reminiscent of how she was portrayed in X-Men Evolution but her outfit in the movie doesn’t scream superhero. It screams emo-chick who got lost on the way to Hot Topic. Whiler your here, check out CBM’s page on more from the set of the movie.