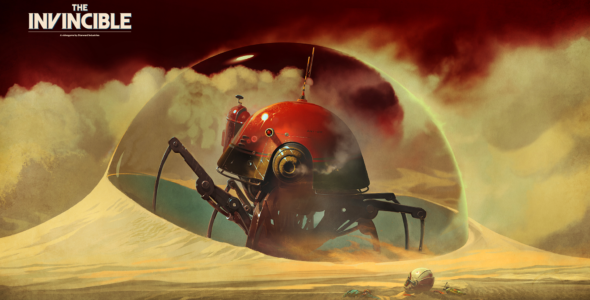 New SCI-FI thriller first-person game “THE INVINCIBLE” Inspired by Hideo Kojima & David X Cohen coming to PS5 XBSX and PC its been in development since 2018.

Starward Industries, a bold new Polish game development studio made up of veteran AAA developers and born out of a shared vision to bring to life one of the best stories of all time, has today announced their debut title, The Invincible, in celebration of the 99th birthday of Science Fiction writer Stanisław Lem. The Invincible, in the making since 2018, is a first-person single-player Sci-Fi thriller set in a retro-future timeline coming to PC, PlayStation®5 and Xbox Series X in 2021.

The single-player story of The Invincible will introduce gamers firsthand to the idea that there are places in the Universe that are not only unwelcoming to us as humans, but entirely forbidden. Inspired by the work of bestselling Science Fiction writer, Stanisław Lem, who has influenced the likes of Futurama’s David X Cohen, The Sims’ Will Wright, and Hideo Kojima, author of Metal Gear Solid and Death Stranding, The Invincible will plunge players onto a distant planet Regis III set in atompunk aesthetics. While technology in the game’s universe has advanced to the point of seamless space exploration, equipment remains analogue as the digital revolution has not taken place, nor has The Cold War ended. 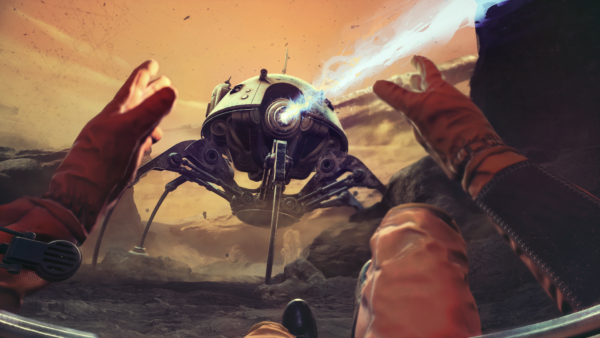 “The Invincible, which has been secretly in the making for some time, combines a fascinating setting, iconic story and an established non-linear gameplay to deliver a truly unforgettable experience” says Starward Industries CEO, Marek Markuszewski. “The studio believes in the power of interactive storytelling, and wants to engage gamers of all skill levels in crafting their own paths in the peculiar world of a distant, malevolent planet.”

Having touched on the pinnacle of AAA productions throughout their careers, Starward Industries united over their dream project to boldly deliver a breakthrough experience in first-person space thriller based on a bestselling Sci-Fi novel, The Invincible. Led by CD Projekt Red’s Marek Markuszewski, Starward Industries 12 strong team boasts an impressive portfolio of shipped titles and franchises they have worked on, including: The Witcher 3, Dying Light, Dead Island and Cyberpunk 2077.

The Invincible is set to launch on PC and next-gen consoles in 2021. Further announcements will be made in the coming months. For more information on The Invincible, please visit the game’s official Steam page.