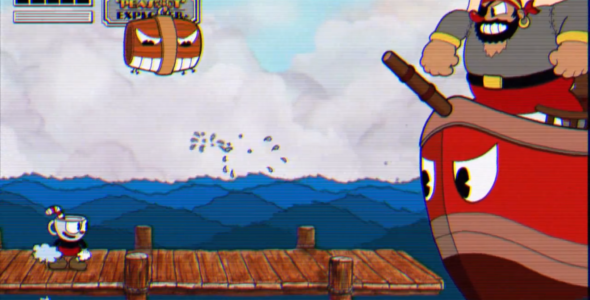 A new game development studio called “StudioMDHR” is working on a unique title called ‘Cuphead’. It has a very cartoony art style which looks to be taking inspiration from the very old Disney/Mickey Mouse cartoons (and cartoons from the 30’s in general). The style of gameplay is said to be a sidescrolling shooter, similar to games such as Gunstar Heroes, Contra and Megaman X, and will feature special suits that give different abilities and platforming concepts not normally seen in a “run-and-gun” styled game.

Developer has stated that their main priority is to release the game on PC and then down the road hopefully release on consoles, (PS4 & Xbox One) and is set to launch sometime this year.

Personally, I’m quite looking forward to seeing how this turns out! Being a cartoonist myself, I’ve always been intrigued by unique animated artstyles in a game. This definitely looks like something I can get into!