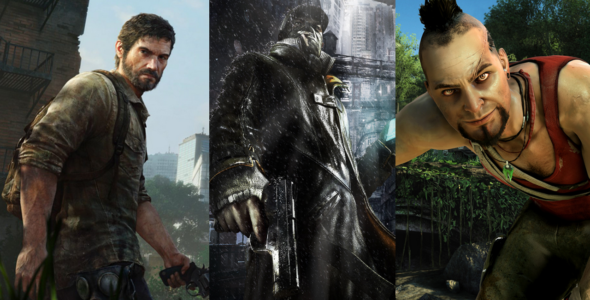 Yesterday, Watch_Dog’s confirmed release date came with a brand new story trailer for the game. While it was nice to finally get a firm date on the elusive title, something seemed drastically different about the game that stole the show back at E3 2012: The visuals took a blatantly obvious graphical hit. Ubisoft PR & Event Manager, Tessa Vilyn took to Twitter to deny the claims of a graphical downgrade, but all of the gamers here on the net are not crazy; we know what we’re looking at.

Let’s cut to the chase: It’s time for developers to stop misrepresenting their products.

And before anyone claims that this latest footage was from the 360/PS3 versions, it wasn’t. Last time Ubisoft showed the last-gen version of the game was the Aisha Taylor trailer, and the developer came out afterwards to confirm which platforms the footage came from. This time around, Ubisoft is not saying it’s the last-gen versions at all, and are instead denying that any graphical downgrade has happened.  I’m sure that if this wasn’t the current-gen versions of the game, Ubisoft would come out and say so. And sure, while the first footage we ever saw of the game back at E3 2 years ago was running on a PC, we’ve seen PS4 footage of the title as well, and the footage that came out yesterday doesn’t even look close to that either.

What has currently happened with Watch_Dogs is nothing new to the gaming industry, but it’s getting to a point where enough is enough and a line needs to be drawn. I, (and many gamers alike) am not a graphics whore, but that doesn’t mean that I don’t appreciate great visuals and that I’m O.K. with continually being deceived with the product that I plan on purchasing.

Do you all remember when FarCry 3 was first shown at E3? While the final product on PC still ended up looking phenomally good, it was still a far cry (*elbow poke*) from the original E3 build. But don’t take my word for it – there’s a YouTube video out there showing a side-by-side comparison that proves it. While the quality of the video may not be the greatest, the differences are still very apparent.

Even with PC’s, we are not getting the products that we see at E3.

Ryse is yet another game that had a seemingly fake demo. Looking back at it’s E3 2013 showing, the final product looks nothing like what was shown on the stage. The game seemed sharper, had deeper colors, and had some extremely smooth animations. If any of you have seen the retail version of Ryse, the animations are are rather stiff and twitchy and some of the colors are noticeably faded.

Crytek’s Cevat Yerli even confirmed the graphical downgrade himself, despite the fact that he was claiming the downgrade did more good than bad.  But regardless, we know that some extent of downscaling was done to the game. Marius’s character model’s poly count was reduced from 150k polygons to only 85k, almost near a 1/2 polygon count reduction.

This doesn’t stop at Ubisoft and other 3rd party developers though, nor does it stop at graphics. As much as I love them, Sony’s very own Naughty Dog has pulled similar stunts, except instead of graphics it was with a game’s AI. Back when The Last of Us first had it’s gameplay reveal, the main aspect toted and highlighted by Naughty Dog was how dynamically the AI would respond to certain situations. In the demo, enemies would react to various actions that the player would do. For instance, they would run from you if you pointed your gun at them and all they had was a melee weapon, but in the final game, melee enemies would run straight at you showing no fear to the gun you’re pointing right at their faces. If an enemy was the last one left in a group, he would hide and try to take you by surprise in the demo, but the AI didn’t react like this at all in the final build of the game.

These problems and more were pointed out by HyperBitHero on YouTube, who actually played the game on Survivor Mode and still experience wonky AI.  What happened between The Last of Us then and now? Naughty Dog promised an experience that almost seemed surreal for video games, but we ended up receiving something completely different and disappointing.

Developers, this is a plea to you: Deliver what you initially promise.  Gamers are getting fed up with the false representation of your games and for a lot us, it’s rather insulting. How many more times must we be wowed with world premiere footage of your games, only to be let down when the product final hits store shelves? If you just show accurate representations of your projects the first time around, there wouldn’t have to be gamer backlash like Ubisoft is currently experiencing. Keep it honest the first time around and there won’t be any drama, plain and simple.

The worst part is, is that this trend will continue this generation and probably get even worse than it was before. E3 2014, from what I am hearing, is going to be one of the greatest E3’s yet. But chances are that for a lot of the reveals we’re going to be seeing, we’re going to be getting mock-up gameplays with someone from the studio on-stage “playing” the game, although their buttons inputs don’t match with what’s happening on-screen.

Gamers are your fans, supporters, and consumers. It’s time to get honest with them and stop the deceit. Let us know what you think down below.

9 thoughts on “Developers Continue to Pull Wool Over Our Eyes”