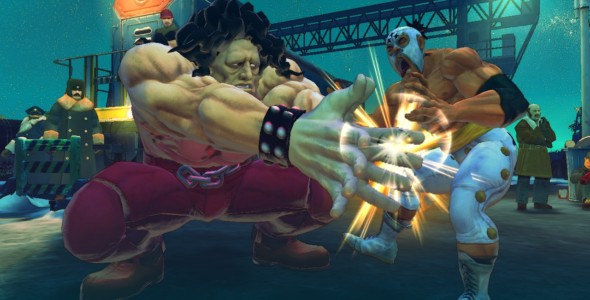 ***THIS ARTICLE WAS WRITTEN BY ME AND ME ALONE. IF YOU FIND OTHER COPIES ON THE WEB DATED IN 2013 THAT IS BECAUSE I WROTE THIS ARTICLE A YEAR AGO. I WROTE IT AGAIN AS A MEMBER OF GAMINREALM.COM TO GIVE IT ANOTHER SHOT AT CIRCULATION***
At this past EVO 2013 event, a lot of stuff happened most notably that Capcom had announce that once again, they will be updating Super Street Fighter 4 into Ultra Street Fighter 4. As you can expect, the internet was not pleased in the slightest even a small number of fans weren’t amused with this announcement. As a fan of the series and a potential buyer of the update, I do have a few issues to take with this:

Issue 2: They went on record saying that the previous update would be the very last one and then they go and pull this.

But, all that doubt can be immediately washed away because, I didn’t play Street Fighter X Tekken, The entire update is $15 and they promised a brand new never before seen character to add to the roster. To me that sounds awesome. Too bad the internet doesn’t share my enthusiasm. Seeing it as a return to form of typical Capcom being rehashing money-grubbing whores. I remember last year EA came under fire for their FIFA 13 fiasco. For those of you that don’t know or don’t care, FIFA 13 was discovered to be literally the exact same game from head to toe from the previous version just with a roster update. I just find it hilarious and mind numbingly perplexing. No, not the fact they did it or the fact they got caught. It’s the fact that people are outraged over it that makes me laugh and confused at the same time. OMG! EA blatantly copied and pasted the entirety of the previous version and released it as a sequel, as a brand new game but with only roster updated the corresponding incremental number on the cover along with the most exploitable player of the month? Well, that sounds to me like EVERY SINGLE EA SPORTS GAME FOR THE PAST DECADE! Correct me, if I’m wrong (which I’m not) but isn’t that what you were all doing for the past 10 years with Madden? Paying $50-$60 for a roster update with little to no enhancements to the gameplay from the previous year? I’m one of those wise-asses that go around saying if I want to play football, I’ll spend $10 and call some friends for a game of flag. Same with Hockey, Baseball, Soccer and other regular sports I can engage in instead of buying a yearly roster update. I play and review video games not video simulations of things I can do in real life which also explains why I never liked The Sims. But, Street Fighter 4 gets another update in a way that’s affordable paid online upgrade as well as a way to accommodate those with no internet access to avoid being left out. All of a sudden Capcom is the number one contender against for Worst Video Game Company Ever!

It stems down to ignorance. “I feel bad for Street Fighter fans, always clamoring to buy the same game over and over again. I’m too smart for that, I would never pay money to play the same game over and over again” Don’t lie we’ve all been in this argument before and we’ve dismissed a long running franchise we don’t like by using this quote or a variation of it. But it’s time for all little experiment. If you ever said the aforementioned line and if you own, use to own or played the last 3 or 4 Mario, Pokémon, Zelda, Madden, EA sports games in general, Call of Duty titles enjoyed them (doesn’t have to be all of them even multiple title in one franchise) and can’t wait for the next one then, I want you to stand up and take a bow because Congratulations, You are a Hypocrite. If you don’t own any of these titles then, I tip my hat off to you sir or madam. There is hope for you as you have been untainted by the stale modernity of video gaming today…..or you are a liar. Sorry to rain on your super smug parade but, reality check time, “Not being tricked into buying the same game over and over again” that’s exactly what you’ve been doing all these years. And the fact that this is your normal routine and you are all so use to buying a copy and paste game under a new title for years that when it seems evil when Capcom does it right for once and the reaction is that everyone and their grandma wants to call foul is hypocritical. Face it; we’ve all been playing the exact same game for years now. But there is a difference to what Capcom is doing to Street Fighter 4 this time around compared to what Nintendo and EA does. Capcom has acknowledge that all this is an optional DLC upgrade to an already existing game that is a roster update, new stages and balancing patches for the low price of $15 While Nintendo, EA, Activision takes their previous best-selling title, add little gameplay tweaks that the fans will say is brand new even though it isn’t slap a full price sticker and call it a sequel. I always thought a sequel should expand and enhance the gameplay of the previous title not the same one with a new coat of paint. That’s what expansion pack are for and in the case of Ultra Street Fighter 4 (Yes, That’s what their calling it) that’s what I’m getting an expansion pack. But Nintendo fan seeing as “A new gaming experience completely different from the last one”

So I ask you logically speaking which of the two is the bigger rip-off? I’m also the kind of guy who always tells it like it is. Yes, this is the same old Street Fighter 4 from 2008 but it’s an update that supports the same game I paid for 3 years ago extending its life tremendously. It’s that considered a wondrous thing in the industry? When DLC extends the replayability of a game. It’s been good for this long, why is it bad now?

In the end it all depends on the perspective of the fan of the series. It should go without saying that every one of the franchises I mentioned earlier all have hardcore devoted fans that would go to war to dispute that not every new iteration is identical to the last…. even though it is. By bombarding you with a list of features that will try to convince you that Madden 12 is 100% different from Madden 13 or New Super Mario Brothers U isn’t exactly like New Super Mario Brothers Wii but we all know it won’t work. Maybe I’m being unfair. I should at least hear these arguments. 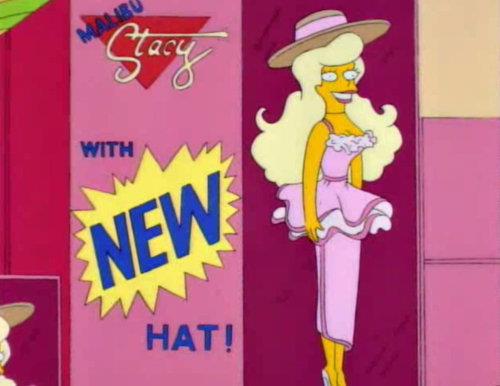 The Latest Call of Duty.

“I’m sorry, what? Every Pokémon game is not the same as the last one? Each Pokémon has special abilities, natures, beauty contest. I mean I guess that stuff overrides the fact that you still fight gym leaders, elite four just like in every other game.”

“What’s that you say? The new version of Madden? Isn’t just Tim Tebow playing on the Jets? Michael Vick playing for the Falcon? There is an updated passing game now? MADDEN HAS FINALLY CHANGED!”

“Wowzers? The new Mario isn’t just holding the right button until you reach the end? To save princess peach from Bowzer for the umpteenth time? He can turn into a dragon now? GAME OF THE YEAR! HERE WE COME!”

“I’m sorry, the new the Malibu Stacey doll isn’t that same as the last edition? She has a new hat now? TOTALLY WORTH IT!”

In case, you couldn’t tell by my writing, I was being sarcastic. I’m not convinced. I don’t want hear you drone on about stuff I don’t care about. I don’t want to hear how new pass animations speed up the time in which quarterbacks get rid of the ball, including a new shovel pass and specific set-ups for throws on the run or how Mario can be a cat now and do cat stuff about as much as you don’t want to hear me say that Cody’s knife breaks focus armor, Dhalsim’s standing MK is two hits now and….I’ve lost you haven’t I?
It’s funny though the only two franchises that release sequels a few years and are not the same game over and over again are Final Fantasy and Sonic the Hedgehog…that sentence isn’t going anywhere; I just wanted to point that out.

In conclusion, please stop going on about Capcom being evil money-grubbing Japanese demons (Oni) that rehashes the same game because if you use using logical thinking here they are no different from Nintendo with their crap with Pokémon X and Y and Mario. The topic of tedious repetition in established franchise sequel is a dangerous topic to tackle because no matter what you say about one or two franchises you don’t like because you see them as being the exact same game over and over again while incurring the wrath of fans while you trash talk it and you’re new found enemies do the same in retaliation and it just gets ugly I say we should call a truce here, if you are totally fine paying full price for the exact same game passing itself off as brand new title even though upon further inspection it’s no different from the last one without having your intelligence coming into question, (that goes for you Madden and Call of Duty fans) then that’s cool, go ahead and do you, but then you leave me and my Street Fighter 4 alone because I actually want to play this update and I don’t seeing as a rip-off.

One thought on “Double Standard In Gaming: In Defense of Ultra Street Fighter 4”