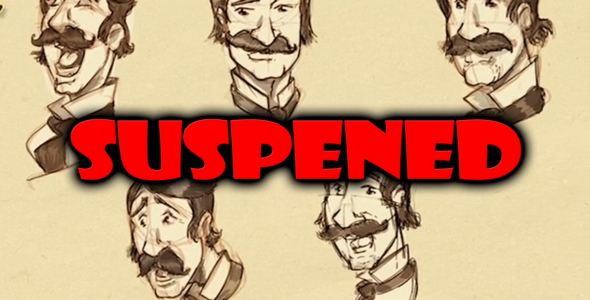 Elementary, My Dear Holmes was a game on Kickstarter that just was suspended two days ago. The reason why they were suspended was because it was believed that the backers were mostly fabricated. I know many of you might be wondering, “Why would a developer want to back their own game?” According to Kotaku, the developers were entered into a contest that was hosted by Ouya in which Ouya would match the amount pledged as long as it was over $50,000.

I’d say that’s a really good incentive for backer fraud, but it has never been confirmed that it was the actual developers that committed it. Other users noticed the heavy amount of new kickstarter accounts that were contributing to the fund. Not only that, but after investigating many of the names of the accounts, they were found to be celebrities, incarcerated convicts, college students, and college staff.

Regardless of the unforeseen outcomes, the developers are still working on the game with the private funding they have available. Elementary, My Dear Holmes will be released on the Ouya, but there isn’t any news on it being made available on other platforms yet.