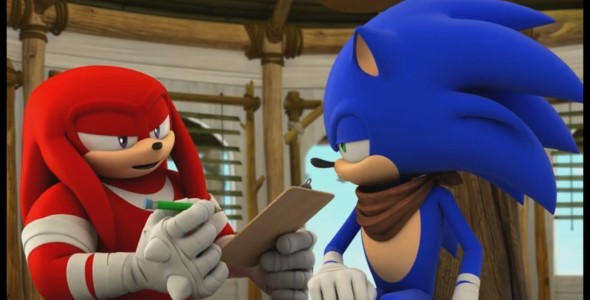 In case you didn’t think the infamous, Sonic Boom: Rise of Lyric, didn’t have any more surprises left in store, think again. That’s right. Miraculously, Sega and Big Red Button couldn’t even manage to do a patch correctly.

European players recently received a 1GB patch that was supposedly supposed to fix some of the bugs in the Sonic Boom game. However, no patch notes were left for the fans! I understand companies have done this in the past, but we’re talking a whopping 1GB of updates here. There’s just know reason to leave this information out.

If you’ve been trying to figure out what exactly the patch did, you’re in luck. The fans at Sonic Stadium went through the trouble of providing patch notes based on reports they’ve found around the internet.

Problems with the Patch:

It is unknown if we’ll see this patch in other regions, but I honestly don’t think it matters much at this point. The damage has been done and most people know to stay as far away from the game as possible. Developers absolutely need to stop releasing unfinished products like this.

If you downloaded this patch, do you think it made any kind of significant difference?

One thought on “Fans Try to Figure Out Sonic Boom Update”