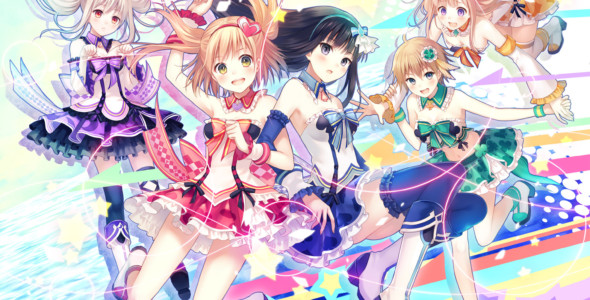 Compile Heart released today the key art and the first trailer of the upcoming JRPG Omega Quintet, which will be the first PS4 exclusive entry in the genre. The official site

A deeper description of the story, which is darker than I’m sure anyone:

The world has been eroded by a mysterious phenomenon called the “Beep,” which undermines the spirit of humans and absorbs life. Every attempt to fight it failed, and now the “beep” covers almost the whole world.

All that’s left of humanity if a few tens of thousands people trapped in a small city. The only one that has a chance to fight the Beep is the “Wing Priestess,” a girl with special powers born only once every few generations.

Girls can fight the Beep with the power of songs and dancing, and they’ll use such power to protect the human race and give it back its hopes and dreams.