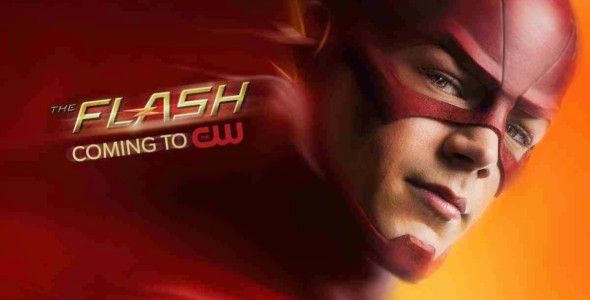 The awesomeness that is Arrow Season 2 gave birth the the greatest speediest character in all of pop culture; The Flash. The fastest man alive is getting a spin-off from the main show “Arrow” in which Barry Allen made a cameo and was blasted by electricity and chemicals. I love the Flash to death and all, but his origin story to me was always the stupidest thing about him. Here is a quick descripition of who The Flash is and where he came from

“Young Barry Allen’s life stopped the minute his mother was murdered. The true killer never found, its mystery obsessed Barry, driving him to become a forensic scientist. Consumed by his work, he spent his life chained to his desk, solving every case that flew across it. But when a freak lightning bolt hits a nearby shelf in his lab, Barry receives super-speed, becoming the Flash. Now, he’ll race up buildings, across oceans, and around the world to get his man — while getting introduced to a world so much bigger than his old life of microscopes and cold cases.

Able to run at near light-speeds, his powers provide the ultimate caffeine kick: He can run up buildings, move so swiftly he phases through objects, create sonic booms with the snap of his fingers — and never needs to order delivery. Despite his speed, Barry can become so obsessed with crime-solving he can still lose track of everything else around him, leaving the fastest man alive constantly running a minute behind.”

Barry Allen/The Flash will be portrayed by Grant Gustin, who has most famously played Campbell Price in the 2013 reboot of “90210” as well as Sebastian Smythe in “Glee.”Huge nerd/fangasm I’m having because the new Flash will be side-by-side with the old Flash: John Wesley Shipp who took the mantle of the fastest man alive and the role of Barry Allen in the 1990’s live action adaptation.

“The Flash” will debut on this coming October on Tuesdays at 8pm on The CW.