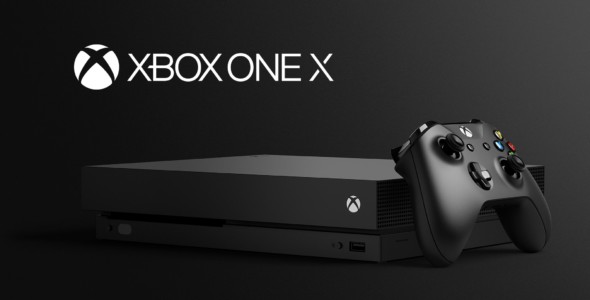 Getting tired of your Xbox One? Same. More than any emotional response, relief is what I feel from Microsoft giving us the most powerful console ever later this year. It’s also an opportunity to get rid of my current Xbox One and trade up for the One X.  With this in mind, I decided to swing by my local GameStop and, to my surprise, GameStop did me a favor for once.

Oh, how the tables have turned.

The current trade-in value for the 500GB Xbox One is $75 or $60 cash. And the most you can get for an Xbox One is $150 if you have the 2TB system. In any fashion, that’s not much money especially when considering the Xbox One we want costs $499. Plus, those values are bound to decrease as we get closer to November 7th.

So, desperate for information, I asked the nice GameStop employee what he suggested in regards to trading in my console. When should I do it? Should I wait or should I act now? Then, somehow we started talking about the political correctness of E3. I can’t quite remember how we got there. Nevertheless, eventually, he pulled out a list of names​ and numbers and explained to me that he’s been getting calls and visits from eager people like me want dibs on the Xbox One X. He went on to say how he’ll be contacting customers in numerical order, in which I’d be number 7, and alerting them immediately when the store is in the know of Microsoft’s trade-in promotion. Now that’s a deal!

At the point of the store’s phone call, it’s then up to you to physically trade in your old console and lock in your pre-order for the new one.

I’m not sure if this deal is available at every GameStop, however, I would suggest calling your home GameStop to see if it is.