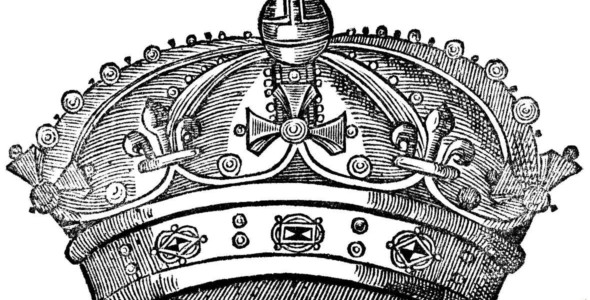 I just recently read an article on Game Informer, confirming the launch titles for the “Next-Gen.” Never mind the fact that it was totally biased in the way it excluded the Wii U entirely, but that is neither here nor there. As I was browsing through the comments watching the fanboyism run rampant, it became quite obvious this community has taken a turn for the worse. Most of the bickering included discussions over which console will have the best exclusives, rightfully so I guess. Though on occasions you will stumble across gems like this one by GI member Acekidder; “X1 has far better exclusives, I don’t want indie crap well done MS.” Unfortunately, it doesn’t end there. Screen-name Gamer4Life14 chimed in super troll form with his opinion, “f**k wiiu it sucks ps4 ans xbox are for the real gamers” (His spellcheck must have broke or something).

All of this got me thinking; “Is the industry truly listening to the public?” I think the answer is a clear yes, unfortunately they are listening to the wrong kind of gamers. There is a new breed of gamer now-a-days that I like to call “the selfish gamer” (Not too clever, I know), and these gamers simply don’t care about the community. These are the type of gamers you hear say things such as, “I’m always online anyway so it doesn’t affect me,” or even along the lines of “If you can’t afford internet why would you bother buying a console?” To the latter I say; “Maybe some people want to play games more than they want to be on the net.” It really is that simple. If you have ever heard of the YouTube personality BlackB0nd then you would know well of this elitist attitude. It seems that folks consider gaming a luxury, exclusive to those who can afford the hobby. When did that become the popular consensus though? I think the online generation is what brought it on. Those with online systems felt superior to those who didn’t.

Next came the Graphics Wars. “My console has better shaders and can handle more polygons blah blah blah.” Soon after that it was the Hardware Wars and everyone bashing the other consoles for various different specs. What happened was is everyone started letting the console manufacturer’s hard work give them some sense of importance. It’s not like you built the console, you just bought it. Buying the more expensive console doesn’t make you any more of a hardcore gamer than the person who plays Angry Birds until getting 3 stars on each level (Like me). That brings me to the biggest, dumbest, most headache inducing problem with the community *drum-roll*…… Hardcore vs Casual gamers. The stupidest part of this dispute is that it is only the self proclaimed “hardcore gamers” that take shots at the casuals, it’s rarely the other way around. Maybe it’s the casuals that have the right attitude? They never bash one another’s tastes, or talk down on one another due to their tablet or mobile device of choice. They just enjoy their games as they kill time throughout their day. Isn’t this what the hardcore gamers use to do? Really someone answer that, it’s been so long I’ve forgot if that ever was the case.

Many PC gamers fancy themselves to be the royals of the gaming community. In theory they are only forking out hundreds of dollars to make their game prettier and have higher frame rates. Those specs don’t do anything else for the game though as far as how fun it will be, after all a polished turd is still a turd. One could speculate that those with more money in the gaming community feel a need to flaunt it. Perhaps they are compensating for not really being all that good at playing the games. But the days are numbered for the average Joe who loves gaming as a hobby, as the future of gaming looks to alienate a good chunk of it’s population. Going back to Acekidder’s lovely post we can also see that gamers are now shunning away the Indie games that launch the careers of developers that may one day make the most epic game in history (Not talking about you Cliffy B). These selfish gamers must be assuming that the more money is spent making a game the better it must be. Of course anyone with a brain that processes LOGICAL thought knows better. Indie games may be low budget, but the amount of hard work those devs put into their project for no initial pay and minimal profit should be applauded and embraced. You don’t see Ubisoft devs making games for little to no pay just simply because they love the industry and community. You may argue that they are professionals worthy of their paycheck, yet fail to consider that your games are $60 because each of the 50+ devs is getting payed in the ballpark of $50,000 or more. Indies spend their own money to deliver quality experiences that can compete with the Triple A giants, and yet they get the cold shoulder from the majority of the Western audience.

There is no foreseeable cure to this newly adopted attitude, and it continues to spread exponentially. It’s become a “What can you do for ME?” type of industry where no one bothers to think about the effects on others as long as they are getting what they want. How long can this occur though before we see these companies abuse that mentality and force it into their policies? What happens when the exclusivity increases to where you need a seven figure income to support you hobby? As it gets worse, less and less gamers will be able to have the “luxury” to enjoy online gaming until there are maybe a few hundred people left in America that have that privilege. So I plead to my fellow gamers, whether casual, hardcore, fanboy, or hobbyist, please start looking toward the future and the bigger picture. We already saw that our collective voice can bring about change with how Microsoft chose to opt out of DRM and daily check-ins. You must think about the community as whole, you are not the only gamer in the world after all. Lets create positive change that benefits everyone, not just by talking with our wallets, but by standing together as a whole.

6 thoughts on “Gaming Is Now An Elitist Community.”