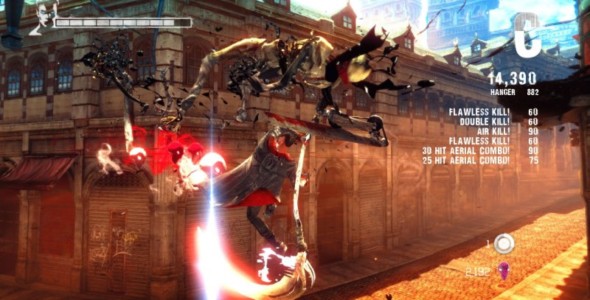 Okay, before you get super pissed off. I’m not generalizing here. Okay, I know that the more rational thinking members of the gaming community know what depth is in video games and they can explain it in a drop of a hat. If you know what it is then don’t read this article, it’s not for you guys. This article is for the majority of the community the irrational one who let their bliding hate impede the ability to make a coherent argument. Okay? Cool.

What is depth in video games? Despite covering this topic a lot, a huge number of gamers still can’t generally define the word’s correlation to video games. A lot of gamers want to use it to explain the game’s environment and immersion….No, that’s Atmosphere, idiots. (At least the gamers I know) You have no idea what depth is in a video game. Depth in games doesn’t come from extreme difficulty in the execution of the controls, depth comes from a massive understanding and mastery of the mechanics. Is that the gaming community is full of irrational people who always are and will be wrong. But there are guys like me that are here to set things straight. You have no idea what depth is in a video game. You see, simpler controls don’t make games bad, among the huge list of things that makes games bad, in this instance, I mean a lack of depth. Understanding and having the mastery of the mechanics is one key feature of depth in video games.

DmC is considered bad and not full of depth because snobby know-it-alls confuse the streamline mechanics as dumbed down. Irrational haters never present an intelligent argument as to why it’s bad other than “He looks different” “It’s easier so it has no depth” without going into more details. “He acts different” It’s safe to say that these gamers don’t know what depth in a game means. Contrary to popular belief, DmC is full of depth. Depth in DmC comes from having all the weapons at your disposal and using them anyway you want it as well as using that soft cushy thing in your head to fight certain enemies and fight your way out of a situation. DmC is not easy, it’s more accessible. Call of Duty doesn’t have depth it’s always “go here, shoot that guy” for 8 hours and websites through 9s and 10s at it.
I know alot of people fans of the old games will write a hour long essay about how DmC actually has no depth solely on the fact that it’s more accessible and I’m not going to change anyone’s mind about the game but they should know they are wrong. People are allowed their opinions even when they are wrong. You don’t have to like the game, just don’t go around making incorrect claims about it. Now that I think about it, I should’ve changed the title to “DMC fans Have No Idea What Depth Is In A Video Game”.
Difficulty of execution is another thing entirely that gamers think they want as I don’t get how having a thumb wrestling match with your controller makes the game more challenging. I guess while we are at it, a number of gamers have no idea what challenge is in a video game either. Marvel vs. Capcom 2 is one of the hardest games to get into because of the difficult learning curve as it’s also the worst fighting game of all time because of terrible balance, unfair circumstances and no depth in the gameplay whatsoever. See, I listed all the things wrong with MvC2 and not one of the reasons involved the controls. Take Dark Souls for example. The game’s button execution layout is pretty simple and approachable to a newcomer….and that’s where the accessibility ends as the game is notorious for being hard as hell none of it having anything to do with accessible  controls….damn that game was hard though. Dark Souls is a challenging game not because of difficult controls it’s because of difficult enemies, and environments and boss fights, and cryptic messages that don’t help you when you get lost.
But of course the idea of rational though is barbaric it is the Internet after all.

2 thoughts on ““Hardcore” Gamers Have No Idea What Depth Is In A Video Game.”