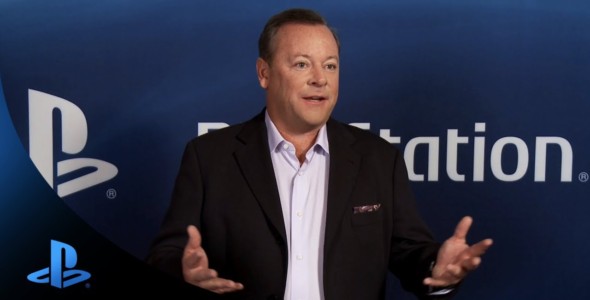 Taking all of us off-guard, Jack Tretton, President and CEO of Sony Computer Entertainment of America, will be stepping down from his position soon. The move will be official on April 1st of this year, and Tretton will be replaced by Shawn Layden, who is currently Executive Vice President and COO of Sony Network Entertainment International. This news was announced today through a Sony press release, and Sony has emphasized that this move is a mutual agreement between Tretton and the corporation.

Mr. Tretton has become practically synonymous with the Playstation brand over the years, being with SCEA ever since it’s conception 19 years ago in 1995. Hardcore Playstation fans will undoubtedly miss Tretton, who has always made appearances at Sony’s E3 conferences as well as other events to deliver exciting news to fans all over the world. The old Sony veteran gave a heart-felt farewell to both Sony and the Playstation fanbase.

“Working at SCEA for the past 19 years has been the most rewarding experience of my career,” said Tretton. “Although I will deeply miss the talented team at SCEA and the passion demonstrated every day by our fans, I’m very excited about starting the next chapter of my career. I want to thank the employees, partners and customers for their tireless commitment to the PlayStation brand and, of course, to our fans who have pushed us to new heights of innovation and entertainment over the past two decades. I leave PlayStation in a position of considerable strength and the future will only get brighter for PlayStation Nation.”

No specific reasons were given for Mr. Tretton’s leave.  Could it be because of Sony’s financial woes that Tretton decided to take his leave? We may never know for sure, but I’m sure that we can all agree that it will be strange to watch an E3 conference without him, regardless of how you felt about the CEO.