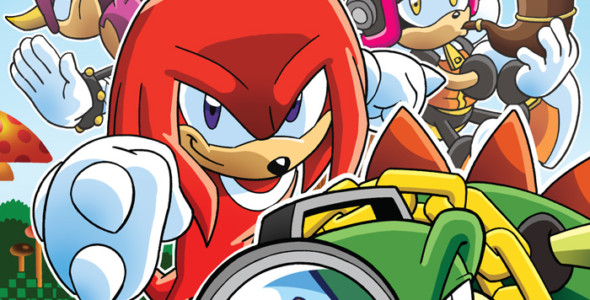 Fans of Knuckles the Echidna are in luck. A brand new story arc called, “The Great Chaos Caper” begins with Sonic Universe #63.

The arc will star Knuckles (of coarse) and he will be partnered up with the Chaotix. Together, they work to fix the shattered planet and gather the Chaos Emeralds. The Great Chaos Caper will feature new characters, new places and the return of veteran Sonic characters.

In the “Chibi Variant” of the #63 issue, we see some really old and forgotten faces. Fang the Sniper, Bean the Dynamite and Bark the Polar Bear! 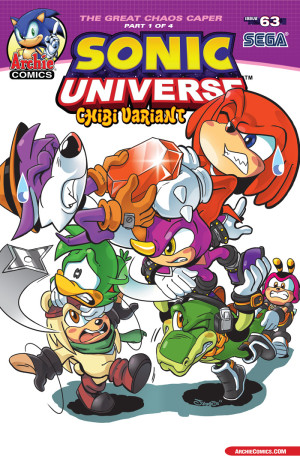 I think it’s awesome that they’re bringing back the Knuckles and Chaotix dynamic. Hopefully we’ll see another game featuring Knuckles, Charmy, Espio and Vector in the near future.