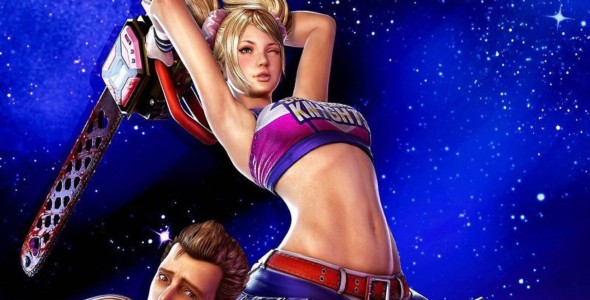 Get your celebration gear on! Lollipop Chainsaw has sold more than a million copies!!! Woot Woot!!

The tweet says it’s all. Lollipop Chainsaw, the crazy hack/slash game starring the crazy hot (Fictional) cheerleading-chainsaw wielding starlet: Juliet that was released in 2012 has finally sold over a million copies throughout the entire world. To commemorate this achievement Grasshopper announced that they will be discounting the download version of the aforementioned titles in Japan on both consoles (PS3, Xbox 360).  The discount sale will start on March 20th on PS3 and on April 1st for Xbox 360. But as of this date, this deal is only in Japan.

I don’t have much to say but, I’m glad this game made it to a million copies. I’ve been meaning to pick it up myself but I heard that it wasn’t very good from my colleagues but as a huge fan of Suda 51’s work, I shouldn’t pass this up. I’m a little afraid to get this game because I don’t want to buy a game with a sexy chick on the cover and then I end up perpetuating the negative gaming stereotype about girls. But I’ve been educated by my new colleagues that I actually might like this game now that it’s cheaper.