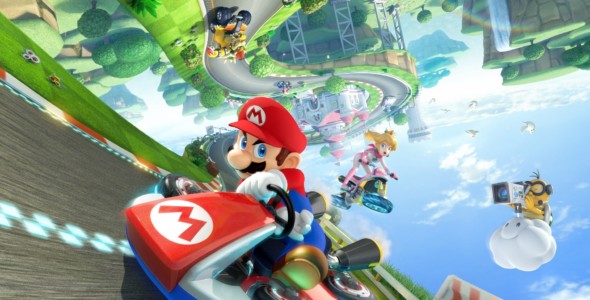 Mario Kart 8 launched across the world on May 30, and over the weekend, from Thursday May 29 to Sunday June 1, the game sold a whopping 1.2 million units! This means it is on its way to becoming the fastest selling Wii U game so far. It’s no surprise. Mario Kart 8 was one the most highly anticipated heavy hitters for the Wii U, along with Smash Bros. Nintendo can keep this momentum going with the line up of games that will be at E3, especially the newest Zelda title.

“With Nintendo set to showcase its future releases at E3 next week, this is a great milestone going into the summer season.”

I’m very glad to hear this. It looks like Nintendo could turn things around a little bit. I think they’re on their way to getting some decent sales from the Wii U. If you haven’t had a chance to pick up Mario Kart 8 yet, I highly suggest it.

Be sure to keep checking in with GaminRealm for our Mario Kart 8 review.