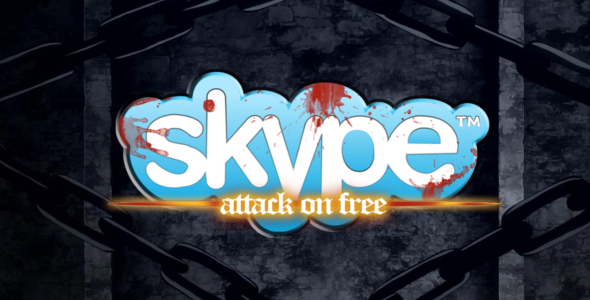 The Xbox One is loaded with a great number of fantastic features, but unfortunately for consumers, many of them are stuck behind a 50 meter tall wall. This wall is called Xbox Live Gold. But there is one feature in particular, that I believe, should definitely be made available to all Xbox One adopters. That feature, is Skype. We’re all very familiar with Skype, but for those who aren’t:

Skype: A simple voice over IP, instant messaging, and video conferencing program. It was first released in 2003, and quickly grew into a titan, with 663 million registered users by the end of 2010! Its general usage is usually on the home computer, whether it be on the Microsoft Windows, Macintosh, or even Linux platform; but Skype has grown far beyond that! Its also available on:

SmartTVs made by the following companies:

And other devices & gaming platforms:

And the most important factor, that all these platforms possess, is that Skype is available for…

Now, we don’t know what ALL the features that the Xbox One’s version of Skype will contain, but so far all they have revealed is that its functioning as the ingame system for voice chat, party chat, and video chat. While the Xbox One’s version of Skype has exclusive features like making ingame video & audio calls, and the ability to snap it to the side bar, it still does not have features available on other platforms (like the ability to call land lines & phones). I’d say that’s a colossal problem. Microsoft is packaging the Xbox One with Kinect 2.0, but unless you pay for Xbox Live Gold, you can’t even video chat? Party chat is one thing, but basic audio and video chat should most definitely be free functions on the Xbox One, especially with Kinect 2.0 packaged! I think it would be a fantastic move on Microsoft’s part to give consumers that extra bit of value in purchasing the Xbox One, because unlike PS4, the Xbox One can communicate with ALL the platforms mentioned above, with Skype! That’s pretty flexible and 3-Dimensional! I know many feel that Microsoft is heavily armored, when it comes to changing the way they do business, but if enough of us ask, we just might get lucky!

5 thoughts on “Microsoft: Skype Should Be Free”