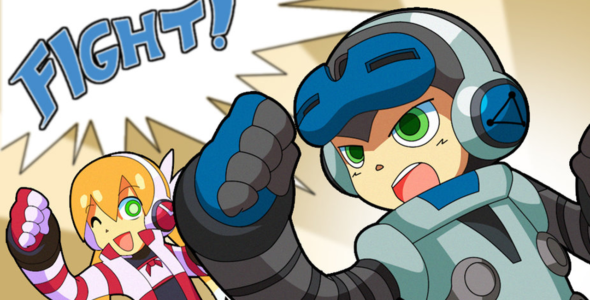 Inafune’s Mighty No. 9 project is one of the most successful kickstarter games I’ve ever seen. This game is causing an immense amount of excitement and hype, and things are getting even better as the kickstarter reaches its closing. Just recently, the project reached $2,750,000 pledges, and gamers have enabled Inafune’s new studio to include Online co-op challenge mode to the game.

This may be the last goal that is unlocked since there is only 3 days to go, but gamers have done a fantastic job supporting the development of this fantastic project. So far, gamers have unlocked Two additional stages, Mac/Linux versions of the game, New game plus, Turbo mode, making of documentary, bonus boss rush mode, PS3/360/WiiU versions, challenge mode, an extra end stage & boss, and lastly Beck & Call online co-op challenge mode. That’s a great showing from gamers, and while there is little time left, we might still get that intro stage & boss!

4 thoughts on “Mighty No. 9 Gets Online Co-op Challenge Mode!”