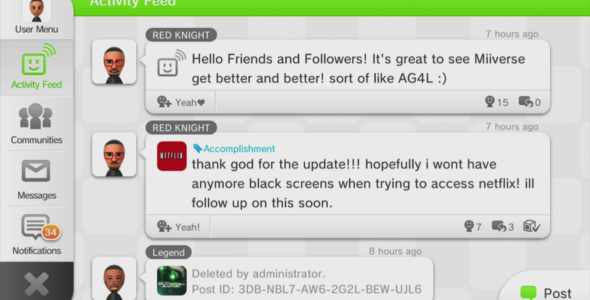 Nintendo has finally updated the Miiverse to allow off-topic posts to made on users’ Activity Feeds.

Now you no longer have to post in actual communities and can make posts directed straight to those who are following you. Essentially, Miiverse is now just like Twitter in concept. Tom and Miiverse and Nintendo of Europe and Miiverse have confirmed this feature:

This is a much-wanted feature Nintendo fans have been clamoring for ever since the Wii U launch and now its finally here. So turn on your systems, go to the Miiverse and try it out for yourselves!