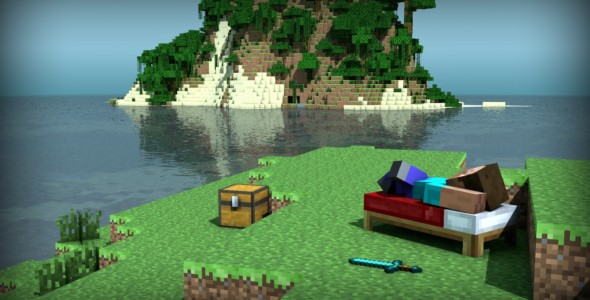 In an interview with Kotaku, Shigeru Miyamoto and Shinya Takahashi hinted at the possibility of Minecraft coming to Nintendo platforms. They believe that Mojang’s IP would work very well with the Wii U and 3DS.

Since both systems utilize both touch control and standard control, they think that Minecraft would be able to reach a wide audience of people on Nintendo’s current generation of systems. Takahashi stated, “We’ve always thought internally that using the GamePad would probably make for a Minecraft that’s very easy to play. And, of course, if we were to do something with Minecraft on the 3DS, similarly we would probably do it where it would be easier to play and could probably reach a lot of kids.”

“What’s interesting is that, in Japan, Minecraft is not popular in the way it is in the U.S. and Europe,” Takahashi explained, “so we’ve also thought that, if we were able to do a partnership like that, it might bring opportunity to help make Minecraft more popular in Japan.”

Miyamoto has yet to play the game, but he seemed pretty optimistic about possibly bringing Minecraft to Nintendo’s systems.

I think they make a very good point. While most people who are into Minecraft probably own it on one platform or another at this point, Nintendo definitely could put their own unique spin on the series, and reach an entirely new untapped market for the game.

Minecraft is currently available for PS3, Xbox 360, PC, and mobile devices. The game will be coming to PS4, PS Vita, and Xbox One this August.