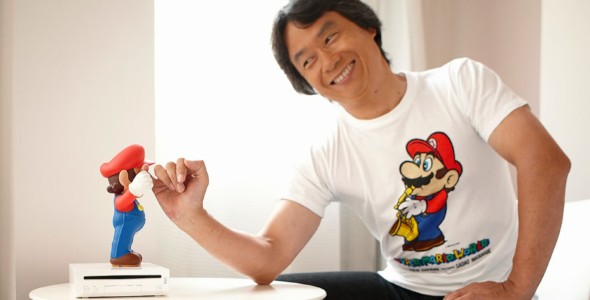 In a recent interview with Los Angeles Times, Shigeru Miyamoto explained that Nintendo doesn’t worry about being cool, nor do they worry about what their competition is doing.

“Nintendo isn’t one simple element of an overall gaming industry,” he stated. “I really think there needs to be a Nintendo genre, that’s almost its own entity.”

“It’s not that I don’t like serious stories or that I couldn’t make one, but currently in the video game industry you see a lot of game designers who are working really hard to make their games seem really cool,” he said. “For a lot of us at Nintendo, it’s difficult to decide what cool is. In fact, it’s a lot easier for us to laugh at ourselves. It’s almost as if we’re performers. Our way of performing is by creating these fun, odd and goofy things.”

Nintendo not taking themselves too seriously is one of the reasons they’re my favorite gaming company. They’re constantly thinking outside the box and having fun. Even at E3 things were very light hearted and silly. Just look at the fight between Reggie and Iwata.

While I think sometimes Nintendo can be close minded, and their constant striving to be different can be somewhat of a hindrance at times (with voice chat for example), I think their quirkiness and uniqueness is what makes them and their games so special.

One thought on “Miyamoto: Nintendo Doesn’t Know What “Cool” Is”