It was recently announced that the felynes in Monster Hunter 4 Ultimate will have armor based around Sonic the Hedgehog and a guild card based on Green Hill Zone. The armor looks like this: 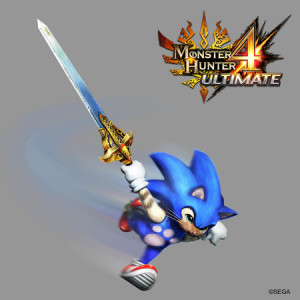 The felynes can also equip sonic’s sword, Caliburn, from Sonic and the Black Knight. These additions will be available for the North American version and the European version at launch next year.

It’s definitely a strange concept, and it looks even stranger. I wonder if we’ll get some gameplay soon to see what it looks like.

What do you think of the felynes new armor and the idea of a Green Hill Zone guild card?