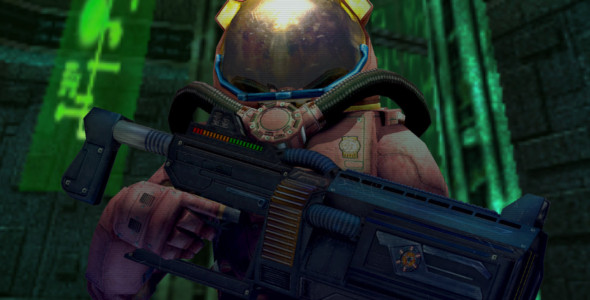 The official Moon Chronicles Twitter page posted a very interesting tweet earlier today, urging its followers to show support if they would be willing to back a Kickstarter project to bring Moon Chronicles to Wii U.

Please RT and Favorite if you would support a Kickstarter campaign to launch Moon Chronicles on Wii U. pic.twitter.com/U193CcFsor

For those of you that don’t know, Moon Chronicles is an episodic, first-person shooter for the 3DS. While the episodic approach works well for a handheld, Jools Watsham, the director and co-founder of Renegade Kid, made a post confirming that the Wii U version would not take on that format.

@Tebunker63 It would be a full release – not episodic.

Moon Chronicles is an extremely fun game and I know that I will be backing this project for sure. Wii U doesn’t have many shooters, so Moon Chronicles could fill that void nicely.