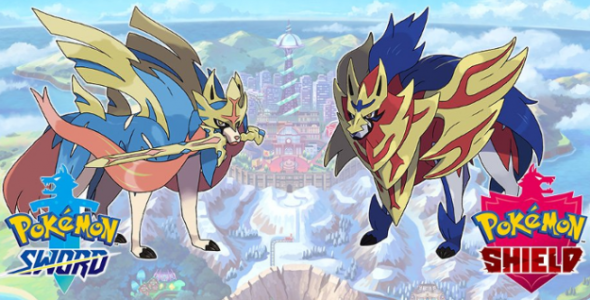 I’ve watched countless opinions about Pokemon Sword and Pokemon Shield’s development, and I’ve got to say that this may be the first game that I do not go rush out day one and buy. I am possibly the most avid fan when it comes to the main series Pokemon games. In addition to being so invested in the franchise, I can admit that there has been very deep growth in innovation and creativity from Pokemon Red to Pokemon Sun and Moon’s game engine. What I can not admit here is the further continued growth in the right direction being taken with this new entry. I do not really care for a few things that I’ve noticed from this trailer, without saying how short it was, I will mention the three things that I do not like from this presentation.

I thought that Dynamaxing was silly to begin with, but understood right away why it was implemented into the game. The Pokemon Company mentioned during Pokemon Let’s Go Pikachu and Let’s Go Eevee’s conception was that this would not be mainly for the core fans, but to merge the casual and first time fans of Pokemon to the main series games. When I saw Dynamaxing, I immediately correlated the idea with Raid Battles in Pokemon Go. I hoped that this wasn’t the only focal point of Pokemon Go that was going to be taken for inspiration and think that all fans would jump through hoops for Sword and Shield. But now with this trailer, Gigantamaxing is even more absurd in terms of it changes the Pokemon’s appearance and size when Mega Evolution already took care of that feature. Due to Junichi Masuda’s excuses-I mean reasons as to why the normal mechanics of the battle system wasn’t implemented to balance the game was replaced for Dyna and Gigantamaxing, is not valid enough of a reason for why half of the Pokemon may not make the final build of the game or why other features like we were accustomed to will not be in the final build.

This is a first for the main series Pokemon titles to try to pull, version exclusive evil organizations I understand, but version exclusive gym leaders seem out of hand. If there is even a version exclusive evil organization in this title, like Team Aqua or Team Magma from the Ruby and Sapphire days, then I totally understand this. If all there is to do in the opposite copy of the game I didn’t choose is to battle a different gym leader than I would have chosen, that’s not enough in my book to buy the other copy of the game. I am beginning to feel that Game Freak and the rest of The Pokemon Company is trying to make ends meet from Pokemon Let’s Go not selling as well as they thought.

In Generation V games, Black and White Pokemon Games, I think I saw my first unbelievable Pokemon creature, an ice cream cone looking Pokemon species named Vanillite, Vanillish, and Vanilluxe. Now in the Pokemon Sword and Shield, they’re making a gigantamax cake Pokemon and I couldn’t begin to identify what the type would even be for it. I think after Game Freak, split their development teams up to work on their simultaneous project called “Town”, which looks ten times better in all areas than Sword and Shield, has me asking the question if their creativity split in half along with the development team. I truly said earlier this year that I would not mind if a delay was brought up by Game Freak, but it wont happen, because there’s so many moving parts to the franchise that would be placed on hold, if said delay was to take place. I also think this would be a great time to outsource to another game development team to help out with some models and animations, such as Level-5, Bandai Namco, or even Cyber Connect 2. I’m all out of ideas to try to throw at the wall for Pokemon Sword and Shield to be that Triple A title that I was expecting, but I guess I’ll be playing Town, to see what was worth splitting up half of your team up to neglect the highest grossing media franchise in the world for a new IP that was more important.

What do you think about the trailer, are you going to wait for Pokemon Sword and Shield to have a price drop? Are you getting it day one? Let us hear your thoughts.

As always stay tuned to GaminRealm.com for more updates on Pokemon Sword and Shield.