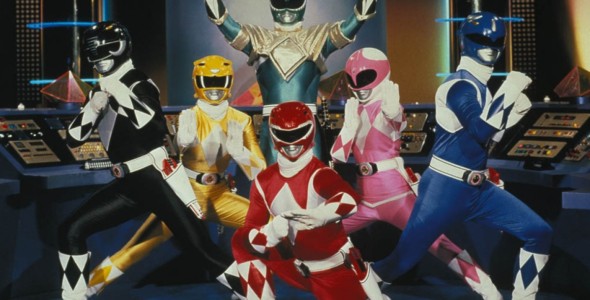 “Lionsgate is the perfect home for elevating our Power Rangers brand to the next level,” said Power Rangers creator Haim Saban, in a statement. “They have the vision, marketing prowess and incredible track record in launching breakthrough hits from The Hunger Games to Twilight and Divergent. In partnership with the Lionsgate team, we’re confident that we will capture the world of the Power Rangers and translate it into a unique and memorable motion picture phenomenon with a legacy all its own.”

“We’re thrilled to be partnering with Haim Saban and his team to maximize the potential of this immensely successful and universally recognized franchise,” said Lionsgate Chief Executive Officer Jon Feltheimer. “The Power Rangers stories and characters have been embraced by generations of audiences for more than 20 years, and today they are more powerful than ever. We have the ideal partner and the perfect brand with which to create a motion picture event that will resonate with moviegoers around the world for years to come.”

So many emotions right now. Can’t think straight. This isn’t going to be a sequel to the other MMPR movie that came out in the 90s and was pretty meh. Will they cover all 6 rangers? Will they put in the Green ranger or the White ranger? How will they do the Zords? Will they remake/modernize the suits? Will Jason David Frank show up as Tommy? One this is for certain, they cannot use they original 5 from the show. As Austin St. John (Jason, Red Ranger) is a paramedic, David Yost (Billy, Blue Ranger) & Amy Jo Johnson (Kimberly, Pink Ranger) want nothing to do with Power Rangers and Thuy Trang (Trini, Yellow Ranger) has passed away in a car crash. Not sure about Walter Emanuel Jones, though (Zack, Black Ranger). I would assume they would use the second string of rangers, but it makes more sense to do a new cast altogether. No news, on release, cast, pics etc. Please, Please, don’t suck.