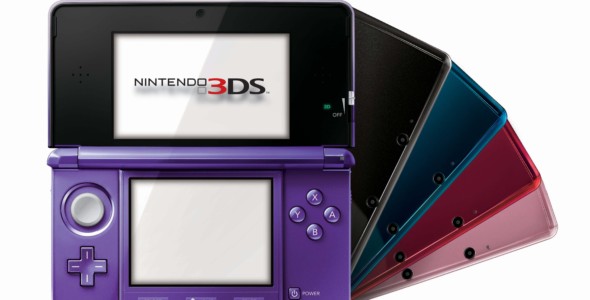 Today it the Nintendo 3DS’s third birthday. Yay! Nintendo’s little handheld was revealed to the public at E3 2010 and its biggest game at the time was going to be Kid Icarus: Uprising. It wasn’t very good. But its biggest game it Pokémon X and Y. The 3DS is the latest comeback story Nintendo has written starting with an insane asking price upon launch and no games worth playing let alone worth paying the money for as all the games at the time were ports.

But then, Nintendo dropped the price, offered an ambassador program for those who got their 3DS before the price drop and started releasing quality titles for the console and hasn’t stopped since. Pokémon X and Y, Phoenix Wright: Dual Destinies, Fire Emblem Awakening, Legend of Zelda, Link Between Worlds, Luigi’s Mansion: Dark Moon etc. and more games coming out in the future. My bold proclamation is fully backed up by sales figures. Despite the massive hype surrounding the Xbox One and PS4, the 3DS’s sales show that Nintendo reported total unit sales of over 42 million.

It may not sport the best graphics, by these little factoids prove my point that high-end graphics and resolutions don’t really matter in gaming; the games do. Why do I think it’s the best console today? Convenience, Huge list of games in different genres promising that you won’t get bored, Affordability not costing an arm and a leg, 100% Backwards Compatibility. Basically all the things I look for in a console.