Nintendo took to the internet yesterday to detail three 3DS XL systems coming just in time for the holidays. 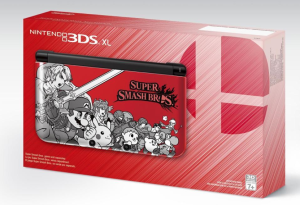 NES Edition Nintendo 3DS XL: This cool-looking GameStop exclusive goes on sale Oct. 10 at a suggested retail price of $199.99. The hardware is modeled after Nintendo’s iconic NES controller and the box looks like an NES system.

Persona Q Edition Nintendo 3DS XL: In honor of the Nov. 25 launch of the ATLUS role-playing game Persona Q: Shadow of the Labyrinth, GameStop will be the exclusive retailer for the Persona Q Edition of the Nintendo 3DS hardware. The design evokes the essence of Persona Q with the iconic Grimoire styling on the front – the tome used by the attendants of the Velvet Room and containing information on the many Personas – and the new style of character art represented on the back. It will be available at a suggested retail price of $199.99. (The Persona Q: Shadow of the Labyrinth game is sold separately.) 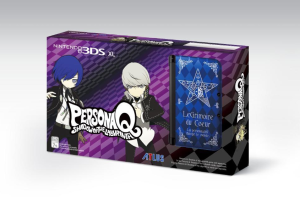 As cool as these special edition systems are, it’s a bit annoying since the New 3DS models will be out within the next year or less. Looks like people are going to have to sell their current 3DS systems if they want to pick up one of these and not lose too much money in the process. Personally, I’m going to have to go for the Super Smash Bros Edition. So long, red 3DS.

If you’re looking to get one of these, which will it be?