A new Nintendo Direct is headed our way tomorrow morning at the usual 7a.m. PST time (9a.m. CST, 10a.m. EST). As usual, you can catch the presentation tomorrow morning here on Nintendo’s official ND page. But what exactly should Nintendo fans expect from this Direct?

Nintendo has already confirmed that the presentation will cover information regarding already-announced titles for both Wii U and 3DS, so for those of you expecting any new game announcements should squash your expectations right now. Sure, in the past Nintendo has revealed a couple of games during a Direct that was meant to simply talk about known titles, but those reveals were just of small titles. We may get a small new 3DS announcement or something along the lines of a Wii U eShop game, but don’t expect any AAA megaton reveals. 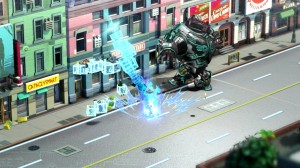 Yours truly will be reviewing this game.

The Wonderful 101 launches this month in Europe and next month in North America, so that game is bound to make an appearance. I don’t see what else Nintendo could possibly cover regarding the game, seeing as everything that needs to be known seems to have been shown already, but maybe Nintendo and Platinum have a couple of extra surprises up their sleeves.

Sonic Lost World, Donkey Kong Tropical Freeze, and Super Mario 3D World are all also notable Wii U exclusives hitting this year, so no doubt we will be seeing those games as well. For Sonic Lost World, I wouldn’t expect a new trailer though consider that a new one just hit earlier this week. Hopefully we’ll be seeing the 4th character Retro has yet to reveal for Tropical Freeze and maybe get a new trailer. And as for 3D, honestly, I have not the slightest idea of what to expect from that game – it’s a wildcard.

Also,  I wouldn’t expect that rumored Windwaker HD Wii U bundle. To me, it just doesn’t make sense as to why Nintendo would bundle a GameCube game (the least popular Zelda at that) to sell the Wii U and not their more notable titles like Mario, DK, and Sonic.

As for the 3DS, no doubt the likes of Pokemon X & Y, Link to the Past 2, and Mario & Luigi Dream will be there, with X & Y being the stars of the show and taking up most the 3DS-talk time. New mechanics and features are very likely to be announced for the titles. Due to the success of the StreetPasss games, I wholeheartedly expect Nintendo to announce some more games headed to the 3DS’s StreetPass feature. It’s a very simple and easy source of income that the company needs to take advantage of, and will.

But essentially that is all I feel we should expect on the 3DS side of things. This Direct will be geared more toward the Wii U, because surely Nintendo understands that they need to do everything in their power to start digging the system out of the ditch that it’s currently in.

And what about that overdue Summer update? Will we see that tomorrow? I doubt it. Just as they did with the Spring update, Nintendo will not detail this one until it’s closer to it’s launch, which was pushed back to late September. Unfortunate, and I would love for Nintendo to detail this 2nd major update, but that is just how the company operates.

So overall, it’ll be a good Direct for those who don’t have their expectations too high, but for those who are getting too hyped for the presentation, prepare to be disappointed.

What do you readers think we’ll be seeing tomorrow? Let us know down below.

4 thoughts on “Nintendo Direct Tomorrow: What Should You Expect?”