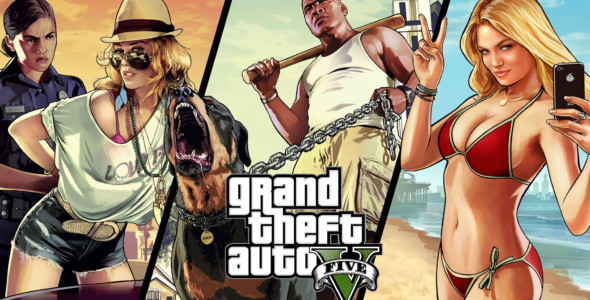 Nintendo seriously missed out on a huge opportunity by not securing GTAV for the Wii U.

There’s no denying that Grand Theft Auto is literally one of the most popular 3rd-party franchises in gaming history. Whenever a new mainline GTA game comes out, it sends shock-waves throughout the industry and the sales charts. Unfortunately, Nintendo fans who don’t own other systems once again will miss out on this huge Rockstar experience. 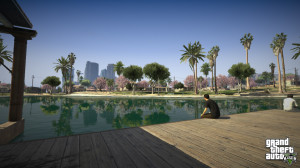 Now, don’t get me wrong – I’m not one of those people who claim Nintendo should go around money-hatting every damn 3rd-party game out there, no. That would lead to every developer feeling entitled to pay in order for them to port their game over to the Wii U. But Grand Theft Auto V is a beast of it’s own. It’s completely and utterly on a whole different level. The franchise is one of the few that can somewhat achieve Call of Duty-like sales numbers. Basically, it’s the pinnacle of hardcore 3rd-party games, so why didn’t Nintendo secure it?

Some of you may bring up the interesting point that YouTuber Doctre81  (who sparked this article) made in his latest video, stating that Nintendo and Rockstar have bad business ties due to Nintendo cancelling numerous Rockstar games for their previous home consoles. What happened between these two is true and it could very well be the #1 factor for Rockstar not wanting to bring the game over to Wii U, but like Doctre81 said, that does not matter. And I wholeheartedly agree with him.

I don’t care what happened in the past with the two companies, relationships can always be mended, especially when money’s involved. Nintendo should have been courting Rockstar before the Wii U even launch, and I’m talking as early as 2010. The company knew GTAV was coming eventually and should have taken the necessary steps to bring the game to their platform.

Nintendo is sitting on stacks upon stacks of dough they’ve made from the Wii, DS, GBA, and heck, even the GameCube turned the company a profit. They should have thrown all the money it took at Rockstar in order to get GTAV.

The reason why I feel that securing this game is so important is not only because it would have been a good look for Nintendo in-general, but it also would have encouraged other developers to fall in line. Imagine if GTAV came out on the Wii U, and assuming Rockstar wouldn’t half-ass the port, it looked better visually and had more distance in-view due to the system having more RAM than the PS3 and 360. The game would have sold extremely well, period. And if the game sold extremely well, that would have been a sign to developers that said, “Hey, I’m a mature game on the Wii U that was actually optimized for the system, and I sold great.”

Sure, not every third-party developer would have automatically fell in-line, but it would definitely be a substantial amount. This could have been the game Nintendo needed to prove there’s an audience for these types of games in their userbase. And yes, some of you may mention ZombiU has already proven that a ‘hardcore’, mature game can sell well on a Nintendo system, but that game isn’t good enough for these people, simply put.

GTAV could have paved the way for an increased amount of 3rd-party support. Maybe Nintendo actually did approach Rockstar about the game, who knows. But if they indeed did and still failed to get the game, then they simply didn’t try hard enough, period.

Now maybe GTAV is coming to the Wii U after all, along with a PS4 and Xbox One version later down-the-line. But just keep in mind that this article is being written based off of what is presently correct and real, and that’s that the system does not have GTAV. Maybe the Wii U will get the game later on (though I doubt it), who knows? But until that happens, this article is justified.

3 thoughts on “Nintendo Dropped the Ball by Not Securing GTAV”