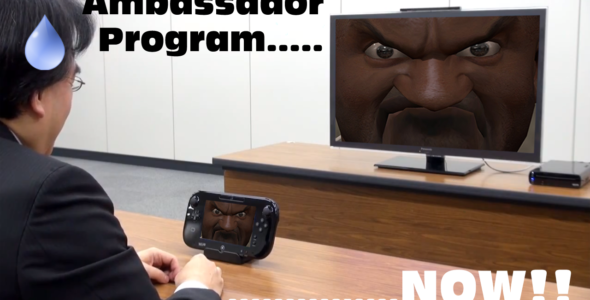 A Wii U ambassador program akin to the 3DS’s is undeniably in order.

In the wake of the latest news that Nintendo only mustered 160,000 Wii U sales for the months of April-June, it really made me kick back for a second and reflect on everything that has happened post-launch. But as I was sitting there, I realized that I couldn’t think of anything that happened, and that’s the problem: nothing has happened.

Now I know I’m not stating anything new here when I say the Wii U has been on one huge drawn-out game drought. Nobody can deny the lack of major titles that have come out for the system ever since the year 2013 hit. With the exception of Monster Hunter 3 Ultimate (great game) and Lego City, no note-worthy exclusives have hit the system, and even those two games aren’t what gamers would consider big titles or must-haves. They’re not the big-budget AAA titles that we bought the system for. We gamers went and shelled out $300-$350 for this console with the promise of Pikmin 3 and Wonderful 101 arriving in Spring of this year and yet they’ve turned out to be late Summer/early Fall titles. And although this wasn’t Nintendo’s fault, Rayman Legend’s massive delay definitely dealt a massive blow to us Nintendo faithful as well,  as we were relying on that game to get us through February and last us until Monster Hunter came out.

There’s been literally almost nothing worth noting on the system thus far. And sure, they may have been some enjoyable multiplats with Trine 2, Ninja Gaiden, and Need For Speed being a few examples of definitive versions on the Wii U, but they are drastically out-weighed by the lazy and rushed ports such as the likes of Madden 13 with it’s lack of the Infinity 2 Engine, Injustice with it’s lack of private games options, and especially Sniper Elite V2 with it’s lack of…..well…..everything. So there’s been very minuscule incentives to even purchase the majority of multi-platform titles on the system, making the desert even drier.

But although we went out and supported this system, Nintendo has left us hung-out to dry. As a multi-console owner, it has never been too rough for me personally as I’ve been able to enjoy multi-plats not on Wii U as well as exclusives on the rival platforms, and because of that I have been patient (and still will be), but I still spent $350 on a box I expected to play certain games on. Our trust has essentially been betrayed. And while I understand that Nintendo has already explained the game delays (understaffed, 3DS development), the company’s manpower problem should have been already addressed before the system came out, not after. So I don’t feel that’s a valid excuse. Common sense should have told Iwata that moving from SD to HD would require much more work than before. Did they not see the growing pains developers had to go through with the 360 and PS3? 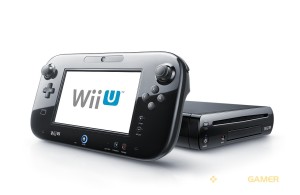 What I’m saying is, all of the Wii U’s problems have been caused by Nintendo’s incompetence, and could have easily been avoided.  They have no reasoning that just leaves them 100% excused or justified for anything. And now us loyal Nintendo fans are suffering for it. And while I fully realize that this Wii U drought is slowly starting to come to an end with Pikmin, W101, DKC:TF, Sonic, and Super Mario 3D World, that doesn’t erase our past affliction.

Nintendo launched the 3DS Ambassador Program 5 months after the system’s launch in August – it’s been roughly 9 and-a-half months since the Wii U’s. Isn’t it time for a Wii U Ambassador Program? Should we Nintendo fans receive something in return for supporting the console early and sticking around this whole time? Even when games such as Smash Bros. 4 and Mario Kart 8 roll around, they’re not going to make up for the Wii U drought. Those games are expected Nintendo-console essentials. We shouldn’t forgive Nintendo for releasing games that were already coming in the first place. Therefor, they need to offer us something extra. Something exclusive to us early adopters.

A ton of eShop credit would be nice. Maybe some downloadable GameCube games (assuming they plan on bringing GCN titles to the virtual console)? And wait, what ever happened to the GBA games? Those are taking an exponentially long time to get here, and so is that highly-anticipated Summer update, which is now essentially a Fall update. The broken promises have been brutal, the delays have been infuriating. Nintendo, it’s time to apologize to your fans in more ways than Iwata bowing and saying “I apologize”. We need compensation in the form of something physical.

Nintendo, it’s time to give back to your fans, the same way you did with the 3DS.

EDIT: Some people have already made the point that the 3DS ambassador program was because of the price-cut, which is true. But what I failed to mention in this article is that there will be a price-cut for the Wii U this Fall. It’s definitely happening, no questions asked. Nintendo would not be foolish enough to not cut the price with a 3D Mario game coming with 2 competitor systems launching as well. But even if there won’t be a price-drop, I feel that a Wii U Ambassador Program should still be done. It was done for 3DS owners because Nintendo (unintentionally) betrayed it’s early 3DS adopters. Are they not doing the same with Wii U owners, just in a different way?

37 thoughts on “Nintendo: Give Us A Wii U Ambassador Program, Now”