Hideki Kamiya of Platinum Games has spoken numerous times on how he would absolutely love to work on a Starfox game for Nintendo. Today marks the 4th time he has come out and public record and expressed his deep desire to work on the series:

“I can’t really commit to anything – if I was going to work on anything like that it’d come with huge responsibility, so I can’t say this lightly – but it’s something that I really love, and I’m personally speaking a huge fan of the franchise.”

And this is only the most recent occasion. Kamiya first expressed interest in developing a Starfox game back in April 2010, with a rather extreme comment he made on Twitter:

“I want Nintendo’s staff to come to Platinum, stick guns at us and tell us ‘You guys make a new Star Fox.'”

The 2nd occasion in which he expressed interest in the series was back in November of last year. A follower of Kamiya on Twitter asked him if there were any Nintendo games he would like to work on, in which Kamiya replied, “Except Starfox? Hmm……Nazo no Murasame.” The 3rd instance happened shortly after E3 this year, where Kamiya stated that “[He] would be pleased” if Nintendo approached him and requested that he’d make a Starfox game.

So Nintendo, or more specifically, Miyamoto; why haven’t you given this man the green light to work on a Starfox game for Wii U? Kamiya is practically indirectly getting on his knees and begging for permission to work on a Starfox project. You have a creative developer here with a more-than-competent studio at your disposal, so why aren’t you using him?

Miyamoto has came out on-record and actually stated that although he personally doesn’t have any new ideas for a Starfox game, he still rather not outsource the project to any 3rd party developer.

“Obviously in the past we’ve tried to work with other companies, where we’ve let them develop games for us in franchises like Star Fox and F-Zero, but the more we think about it, the more we prefer to be able to create those games internally, on our own.”

Could this be the reason why Kamiya has yet to receive the keys to series? Is Miyamoto selfishly keeping the franchise to himself and letting it collect dust? With all-due-respect, Miyamoto, if you don’t have the ideas, motivation, concepts, whatever, to make a new Starfox game for Wii U, then by all means give it to somebody else. 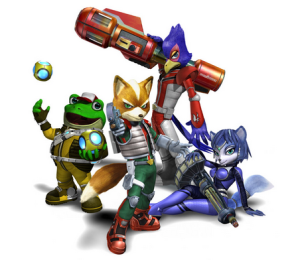 And while I realize that Platinum Games is just now finishing up The Wonderful 101 and still working on Bayonetta 2 for Wii U, it doesn’t take finishing current projects to start planning the next. And those two factors even further support my stance that Kamiya is the go-to guy for Starfox Wii U. Nintendo has a great relationship with Kamiya and Platinum Games.

Nintendo single-handedly saved Bayonetta 2 from certain death, funded The Wonderful 101, and even let Kamiya do a Direct! How many non-Nintendo employees have you seen host a direct? None, but Kamiya has. That’s simply badass and only further emphasizes the great relationship that Nintendo and Platinum have with one another. Hell, Kamiya just came out last week and dropped a huge bomb stating the he would actually love for Platinum Games to become a 2nd-party studio for Nintendo during an interview with IGN:

“When asked about the relationship between Platinum Games and Nintendo, potentially becoming a second-party developer, he said “I would love that. It would be great to work more closely with Nintendo.”

Does it get any clearer than that?  I can’t think of a closer relationship a console manufacturer has with a 3rd-party developer. Nintendo has a man and a studio here that are great developers, have genuine passion, and most importantly a very close relationship.

There is absolutely no excuse as to why a Starfox game for the Wii U wouldn’t happen sometime during this gen. Nintendo, Miyamoto; if we don’t get Starfox Wii U in the next 5 years, we riot. You have been warned.

26 thoughts on “Nintendo, Just Give Starfox To Kamiya”