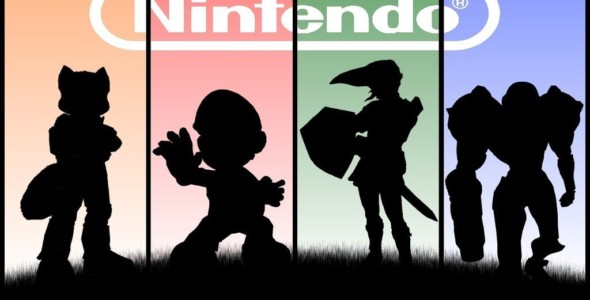 Nintendo’s used game policy: Create games that people don’t ever want to trade in. “The best possible countermeasure against people buying used product is making the kind of product that people never want to sell,” Iwata told me, indicating that he’d never considered implementing mechanisms, or “tying down” his company’s systems, with the kind of features that would restrict or control what Nintendo customers do with their used games. “Taking as an example Mario Kart or Smash Bros., even though you might think, ‘I’ve done enough with this,’ you’ll still have second thoughts. ‘Wait a minute. If one of my friends comes over, I might need this again.’ You’re never going to want to sell these games. That’s something that always occupies our minds. We need to make software that players don’t want to sell.” We’re competing with each other in terms of who’s creating the most fun games,” Iwata said. “Unfortunately, however, as I saw the reports dispatched from E3 this year, they’re pretty much occupied by talk about which machine is more friendly to used games, or which machine is $100 cheaper than the other. I’m sorry that we’re missing the most important discussion – about video games.” I personally enjoy the response Nintendo gave to the used game issue, and that they do not plan on interfering with the transactions to used games, but focus more on creating games that no would ever want to trade in.