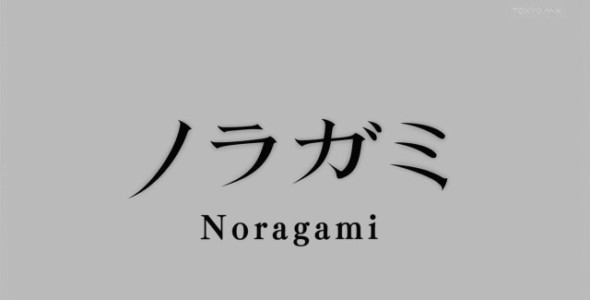 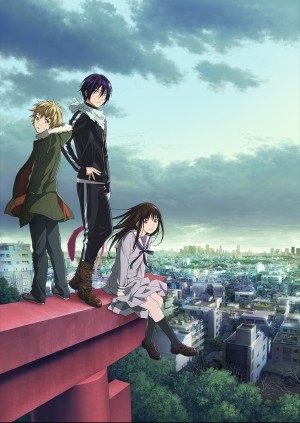 First and foremost, if you haven’t watched this series, I highly recommend it to anyone who enjoys a series that delivers some series action, comedy, and romance (because come on, who doesn’t like a little bit of romance?) Because we’re about to get into some serious spoilers. You ready? Let’s do this.

So we start off with a minor war god named Yato, who just isn’t quite cut out for being remembered by people for long. He gets by from doing odd jobs for a meager five yen, just so he’s able to survive. Like it was fate, he runs into a third year middle school student named Hiyori Iki, who saves him from getting hit by a bus. It’s not really explained, but somehow, she’s able to revert to and from her physical body and walk around as a ‘spirit’ of sorts. A phantom. The only down-side is, her physical body goes into a sleeping state, which gets her into trouble quite a bit. Let’s also not forget about her soul, which sticks out of her body like a tail. And if it gets severed, well, let’s say that she’ll stay in her spirit body forever.

Our third protagonist in this series is Yukine, aka Yukki, aka Sekki, aka Setsu (He’s got a lot of names, okay?) But let’s just call him Yukine. He’s dead, and he’s also Yato’s Regalia (Shinki) and he takes the form of a katana, a naked blade that only bears wrappings around the hilt.

Now that you’ve got the main characters out of the way, let’s get to the review.

This series as a whole, diving in without reading the manga, is great. Marvelous. Wonderfully animated and a fun OST, and all the characters are wonderfully thought out. However, there are a couple of things that stick out that I must point out. Like for example: We get a flash of Yukine’s past that is just that. A flash. And only Yato is the one who sees and understands what happened. So you think that you’ll get to find out how Yukine died. Spoiler alert: You don’t. After episode two, it’s never mentioned again, which is really depressing.

Second, we get a filler arc at the end, shoving a character into the plot that wasn’t even in the manga so they could give the series a fitting end that didn’t result in a huge cliffhanger (Because let’s be honest, if they went through and animated Bishamon’s Arc, we would have gotten a horrible cliffhanger ending that no one wants)

Shoving those two things aside, as a whole, this series was fantastic. It’s action-packed, and it’s hilarious! I love a show that can make me laugh, and Noragami definitely brought that to the table. Two OVA’s have been released after the series ended last year, but it’s nothing compared to what a second season could bring. So many questions can be answered: How did Yukine die? What happened to Nora? Will Bishamon and Yato settle their differences and become friends? Will Hiyori ever get her life back together? Who is ‘Father’? And most of all, will Yato ever become a popular god like he strives to be?

What did you think of Noragami? Would you like to see a second season? Let us know in the comments!