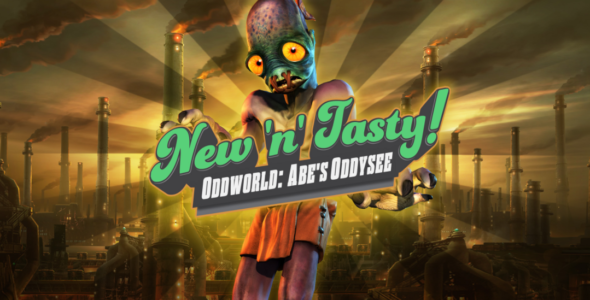 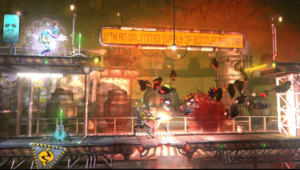 Oddworld: New ‘N’ Tasty just arrived on the Nintendo Switch, and I must say that the game is very gigabyte friendly on your SD card for you to try out. I had the pleasure of seeing what this spin off game had to offer me over the weekend. It is a challenging platformer that takes me back to the old school arcade feel that is in some ways unforgiving if input timing is off slightly. What I’ve noticed is that in the very beginning, during the introduction to the game mechanics, that the team uses a clever way to prompt the player of when to use certain combinations of inputs to trigger a certain attack/movement to gain the best advantage in a similar situation that will come in the future. The practice levels in between each mechanic’s introduction are ones that I have personally met my end on and rightfully so, the consequences of not using a intended mechanic in this game will cost you dearly and that is very appreciated by a future game designer in the making.

What I didn’t understand from this game’s outline, was how to navigate further past level 1. I’m one who doesn’t like to use walkthroughs or guides when it comes to puzzle solving or just straight up exploring, I’ll do everything I can on my own first, then later down the line after every avenue has been expended, then I may think about using a spoiler free walkthrough (If those are even a thing these days.) So after completing level 1, I was transported in a pod to area 2 and my progress was cut short, I looked high and low and tried using every mechanic available to me, at this point I even found out that I could throw what looked like quarters a certain distance out and away from me, probably used to distract enemies. I did notice while in that remark, the enemies can almost instantly kill you — even on Easy mode. The idea of punishment is an understatement when it comes to that, but possibly that is the creative vision of challenge that was hoped for, but it made the playthrough kind of uncomfortable unnecessarily in terms of an Easy mode level 1 -3 should at least have a wake-up call hit or some type of buffer to protect. Overall the game is pretty much a stealth and manipulation of your environment type of platformer early out and for the foreseeable majority of the game and very little can be done physically by you to destroy the enemies. The methods that the enemies are destroyed are secondhand cause and effect, which admittedly is crafty and I will not downplay that. However, I would have liked to punch a enemy unconscious or be able to push an unsuspecting person off to their doom once.

This game is a great potential to challenge even the mightiest of platform kings and I suggest you pick this game up to test your abilities.

What do you guys think about this game if you have it already. Let us hear your thoughts.