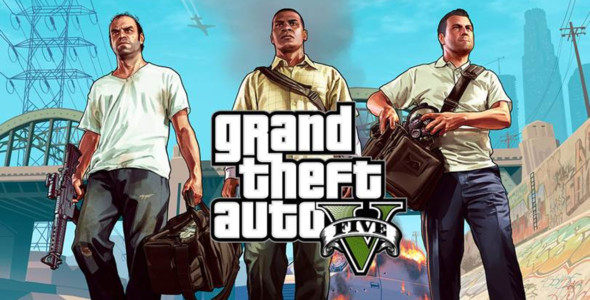 If you have been a core gamer for past decade then you are aware of Rockstar Games, and their unorthodox ways of business. At last year’s E3 the developer opted out of making an appearance entirely. This year however, the stakes were a bit higher for everyone so there was more to lose had they stayed home. As most are aware, GTA V is set to release in September this year after suffering a previous delay. With this in mind, it seemed strange for Rockstar to not make their presence felt as their most anticipated release in years draws closer.

Some sources say that Rockstar originally planned to have a playable demo on the E3 floor, but it hasn’t been confirmed to be fact. Furthermore, Sony is going to release a bundle for the fifth installment. So once again the question must be begged, why was there no gameplay for GTA V? Rest assure that this game will sell itself, but how much longer will the fans endure not having a solid vision of what the game will play like. So far there have already been a few trailers revealed and a plethora of screenshots released/leaked to the public to keep appetites from becoming ravenous.

Digging deeper into the issue it was discovered that Rockstar’s publisher Take Two is partly to blame. Rather than blend in with the large crowd at E3, the publisher and both Rockstar and 2K plan on launching their larger marketing effort during the summer. It’s fair to speculate that Rockstar may be trying to avoid any minor mistakes that would appear magnified on a stage like E3. Maybe holding out until July or August could be in their best interest in order to peek interests closer to the release date.

Luckily, for gamers everywhere, Rockstar revealed 9 brand new screenshots and a fresh new trailer. The screenshots were nothing spectacular in comparison to what we have already been shown, yet it was a relief none-the-less that Rockstar didn’t ignore the event. When approached by the media, Karl Slatoff, the president of Take Two had this to say: “It’s a great place for the industry to get together, and we’re highly supportive of it. This year it just didn’t make sense for us at the same level.” Lets hope this is a genuine sentiment and not just a means of ignoring their lack of showing. I won’t bash Rockstar or Take Two for their choices considering they have already provided more than enough info about the game and it’s story to sources like Game Informer, GameSpot, etc., it just seemed like a missed opportunity for the industry as whole to indulge in what is easily one of the most beloved series in all of gaming.