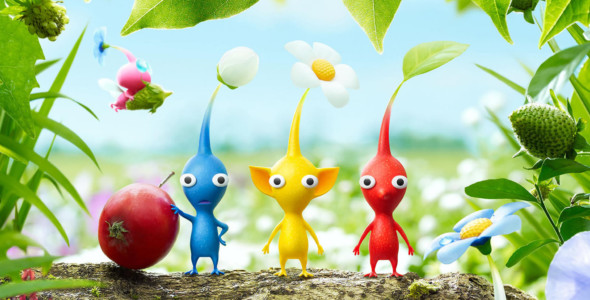 As we all know, Pikmin 3 was doing more than well in Japan, according to Taketo Matsuo from Japanese retailer Tsutaya. But now the official numbers are in so we can gauge just how well it actually did. Here are the official charts below:

(We’ll just show the top 10 here so the article isn’t so long. If you want to view the full chart, you can see it here.)

So as we can see, Pikmin 3 didn’t sell quite as well as New Super Mario Bros. U did in it’s opening week (160k), but they’re still really good numbers regardless, as the game topped the Japense charts. For comparison purposes regarding the hardware, the Wii U sold only 8,251 last week in Japan. Compare it to the 22,199 the system sold this week, and there’s a dramatic difference.

Which only leaves one question; If Pikmin could do this for the Wii U sales, what could the likes of Mario, and even Sonic do for the system? Keep in mind, that Pikmin has never been a heavy-hitter series. The most it ever sold was 1.2 million with Pikmin 2, which is great by new IP standards, but still isn’t touching the likes of Mario and Zelda. So if such a low-tier Nintendo franchise can cause a surge in sales in this manner, one can only imagine what Super Mario 3D World will do when it hits this December.

This just goes to show that games sell consoles, and it’s no surprise that the Wii U hasn’t been selling well considering no first-party or even 3rd-party exclusives have hit the system outside of ports. Let’s hope that Pikmin 3 marks a turn-around, and Wonderful 101, DK, Sonic, and Mario can close out the year with a positive outcome this holiday season.

UPDATE: A follower of mine on Twitter (Routerbad) pointed out that Pikmin 3 came out on the 14th of July, correcting my statement that it sold 92,000 in the first week. So it’s actually over 92,000 in the first two days. Thank you for the correction my good sir.

3 thoughts on “Pikmin 3 Triples Japan Sales: What Could Mario Do For the System?”