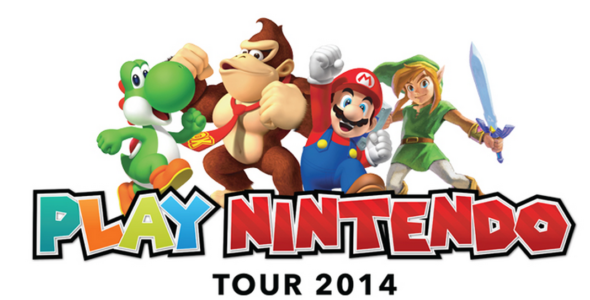 Nintendo has announced the Play Nintendo Tour, in which they will be bringing Nintendo titles to malls all across the country this summer for people to play.

The event will have games such as Kirby Triple Deluxe, Pokemon X and Y, Donkey Kong Country Returns 3D, and more, focusing heavily on the 2DS. There will also be contests and giveaways.

The full list of participating cities  and dates are as follows:

This is a kid oriented, family friendly event, so any hardcores out there probably shouldn’t get too excited. While I appreciate what Nintendo is trying to do here, the 2DS (3DS) really doesn’t need more promotion, let alone putting even more emphasis on family gaming than they already have. Nintendo still needs to focus more on the hardcore gamers and the Wii U, as much as the sales have improved. Luckily, they’re still riding off of the E3 hype for now, so this shouldn’t really taint the positive feedback they’ve been getting lately.

If you have any children in the family, or just really want to try out the 2DS, be sure to check out one of these events if it’s near you.