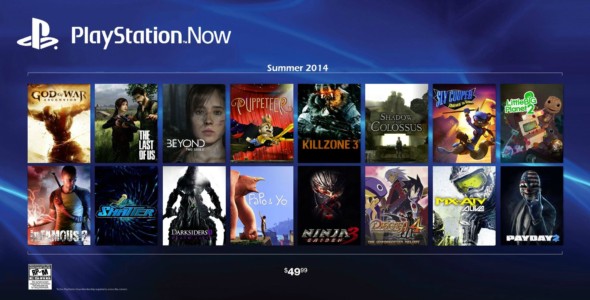 According to a supposed leaker, Playstation Now will cost gamers an additional $49.99 on top of the $49.99 cost they already have to pay for Plus. Alongside the price, supposedly the service will be launching this Summer with some very high profile games such as Beyond 2 Souls, The Last of Us, and God of War Ascension.

As you can see in the featured image above, the service is reportedly launching with all kinds of awesome Playstation 3 titles, but most will agree that the price asked for this service is much to steep to warrant the subscription.

Now, this rumor is actually one of those “Reddit situations”, where an anonymous source supposedly leaks the information, but it is important to note that there is a limited, closed private Beta going on for the service right now in North America, so it’s definitely not beyond the realm of possibility that this could be real. But still, take it all with a huge grain of salt.

Is there any of you out there who would be willing to spend $50 for this service? Let us know down below.