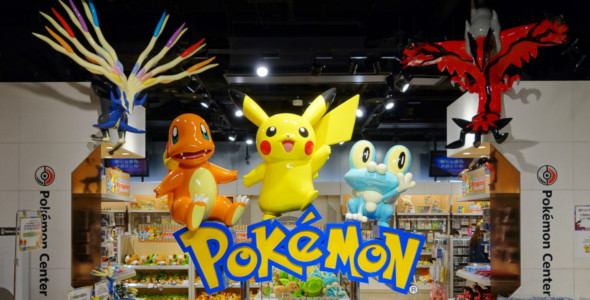 The Pokemon Center website is up and running right now, but there are only three items available with a timer counting down to the grand opening.

There was once an American Pokemon Center in New York, but stopped selling Pokemon items exclusively back in 2005 when it became a Nintendo store.

A select few people were shipped a free preview of some of the new merchandise which included: a delivery Pikachu plush, Pikachu canteen, Pikachu iPhone 5/5s case, and a hard-cover Pikachu notebook.