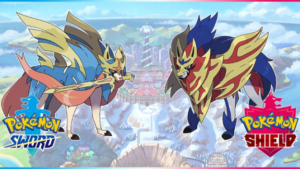 So there’s news that Game Freak is limiting the new upcoming Galar region in Pokemon Sword and Shield to only have certain species appear in that region. Fans showing their appreciation of this by destroying the dislike button on the Pokemon Treehouse Presentation on YouTube. As of right now the like to dislike ratio is 19,000 (likes) versus 66,000 or (dislikes). This particular entry in the Pokemon series, if Game Freak continues this plan of action, would be the first time in the core series that all of the current Pokemon would not be in the game. Junichi Masuda stated that some Pokemon will be transferable from the cloud based server of Pokemon Home, but if they’re not in Galar’s PokeDex, then they can’t be transferred to Sword and Shield. (paraphrasing)

What I can’t stress enough about this is that Pokemon is the biggest grossing media franchise of all time, estimating around 90 billion dollars. That’s more than Star Wars, the Mickey Mouse & Friends, and the Marvel Cinematic Universe. This Nintendo Switch console can’t balance eight hundred plus Pokemon on this console, yet the Nintendo 3DS can run all of them no problem? I also read that the thought of adding more Pokemon later into development hasn’t left their mind, but I personally disagree with that idea. Why rush a title due to the likeness of the Anime schedule or the Trading Card game’s meta? I understand that they’re also working on another game as well and that Pokemon is more than just the video game, but a wide variety of fans, including myself, always wondered what a home console core Pokemon experience would look like, and this is not it.

The direction Game Freak is taking shows that what I spoke on earlier, about Pokemon Sword and Shield being delayed that I wouldn’t be mad in the slightest about it. This game will be a representation of what we expect from the series, if we choose to purchase it. I expect to be able to explore a massive new world and have no idea what Pokemon I’ll encounter in the tall grass. Having over 800 plus Pokemon in one game would make the opportunities almost endless. Mega evolution and Z-Moves are also taken out of the game in place of Dynamaxing. There are features that some fans have paid subscriptions for that would essentially pose a risk of money being wasted, even entire Pokemon trapped in limbo in Pokemon Home, if one of their favorite Pokemon doesn’t make the Galar Pokedex list.

If you missed the Live Treehouse about Pokemon, I’ve taken the liberty of putting it in this article. Let us know your thoughts about this interesting chance that Game Freak is taking, going in this direction. Do you care that not every Pokemon will be in this new entry? Do you have hopes that Game Freak will hear the fans and fix the problem before the release date? Let us hear your thoughts about this below.