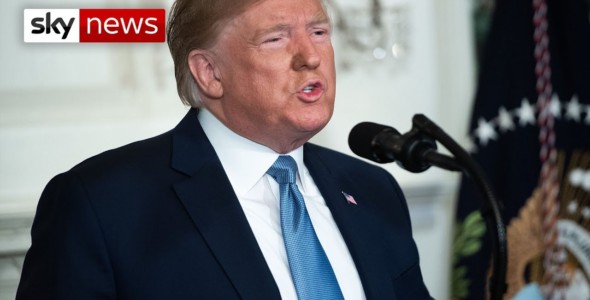 In the aftermath of the domestic terrorist attacks that took place in the U.S. earlier last week, President Donald Trump has used video games and the internet as a scapegoat to mask the underlying issues facing the nation.

The video of the press conference is below:

We must recognize that the internet has provided a dangerous avenue to radicalize disturbed minds and perform demented acts. We must shine light on the dark recesses of the internet, and stop mass murders before they start.

At the 5:52 mark of the conference he begins his attack on video games:

We must stop the glorification of violence in our society, this includes the gruesome and grisly video games that are now commonplace. It is too easy today for troubled youth to surround themselves with a culture that celebrates violence. We must stop or substantially reduce this, and it has to begin immediately.

This follows the trend of government officials blaming video games for the unjust acts of misguided individuals who have often been found to harbor hatred towards other races.

Do you think video games are to blame for these tragedies? Let us know your thoughts in the comments and as always keep it locked to GaminRealm for more gaming news and updates.