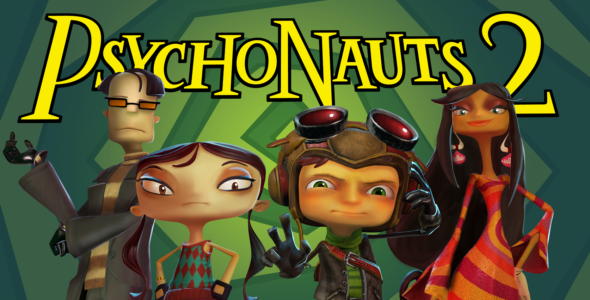 “Our fans constantly ask us to make Psychonauts 2, and often we’ve talked about doing it” said Schafer “The problem is that through traditional means we’ve never been able to raise a budget high enough to do it justice. When we crowdfunded Broken Age in 2012 and broke all the records with the amount we raised, it really showed me the power of our community, and it made me think… maybe we can do this, maybe we could make Psychonauts 2 this way!”

“None of these three parts on their own is enough” continued Schafer, “but together they add up to a sequel worthy of Psychonauts!”

In addition to offering traditional crowdfunding reward tiers, the Psychonauts 2 campaign will be the first in history to also offer investment opportunities for both accredited and unaccredited investors.

Psychonauts was released in 2005 to much critical acclaim, and has since become a cult classic, with a huge fan base around the world. It follows the story of a young psychic named Razputin in his quest to join the Psychonauts—an elite group of international psychic secret agents — as he runs away from the circus and breaks into their secret training facility: Whispering Rock Psychic Summer Camp.

In Psychonauts 2, Raz will realize his dreams and visit the Psychonauts Headquarters as a fully established agent. But when he gets there he finds it’s not the spectacular place it once was, and he quickly realizes that the Psychonauts need him, more than he needs them…

People interested in backing for rewards, or investing in Psychonauts 2 can check out the campaign at www.fig.co