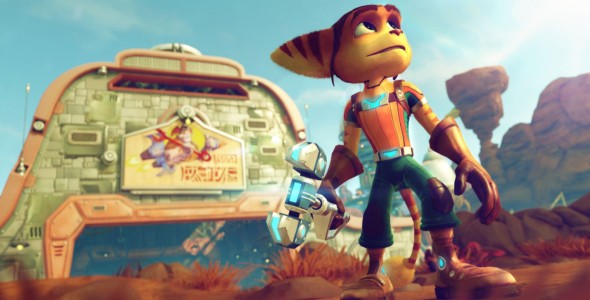 Insomniac seems to know how to impress on new hardware. Ratchet & Clank Future: Tools of Destruction was the first PS3 game that really amazed me with how impressive it looked and played. Sony and Insomniac have finally released a trailer showing us gameplay from the new PS4 Ratchet & Clank title. You can watch the trailer below.

This new Ratchet & Clank will be a re-imagining of the PS2 original, and it will share elements from the CGI movie (which is coming April 29, 2016). The game will include gameplay elements, stages, weapons, story elements, enemies and more from the original game, but new things will be added, as well as improvements to anything brought over from the original title.

I think that this trailer shows that we really need more colorful games to show off the power of current gen consoles (and to break the monotony of “realistic” graphics). As a fan of the series since the PS2 era, I can’t wait for this game. I can already tell that it will be fantastic experience. I haven’t been so excited since the Final Fantasy XV reveal.