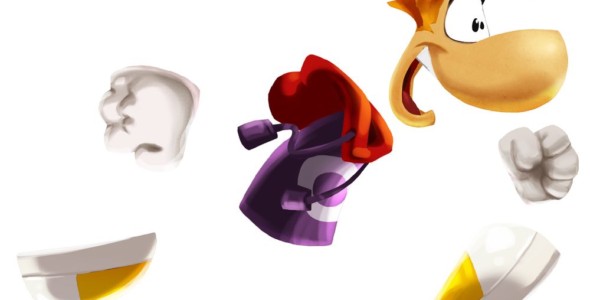 Back in the middle of July, Super Smash Bros. director, Masahiro Sakurai posted a picture of a Rayman trophy on Miiverse for his pick of the day. He stated:

Pic of the day. In order to make Rayman’s trophy, we asked Ubisoft to share their references. We were expecting to receive 2D drawing references for Rayman, but to our surprise, they sent us data of a brand new 3D model that they rendered for this game!! And that was how this trophy was created. It takes a lot of work creating each model, so it’s wonderful that the creators contributed their own efforts!!

This lead many to believe that he would simply be a trophy, and not a playable character. However, new evidence has surfaced suggesting that he may indeed be playable. In a recent video with Nintendo of Canada’s Matt Ryan, he implied that Rayman would in fact join the roster. “So, we’ve announced a whole bunch of characters,” Ryan mentioned, “Pac-Man is one of the new characters we announced at E3. People are pretty excited about that, Rayman, and a whole bunch of others.”

That is definitely suggestive wording, but keep in mind that nothing has been confirmed yet. Ryan may have simply been referring to the trophy. While it is highly unlikely Sakurai would blatantly show Rayman before an official trailer reveal, he’s been known to throw curve balls before, so there’s no telling what he has planned. Another interesting note is that throughout the coarse of reveals, Sakurai has made a point to let people know when a character is not playable, but he never said anything about Rayman not being playable. Again, he’s a tricky person to figure out, so that may mean absolutely nothing.

You can watch the video here. Matt mentions Rayman around the 1:50 mark.

Do you think Rayman will make it in? Would you like it if he did?

One thought on “Rayman Actually Playable in Smash 4?”