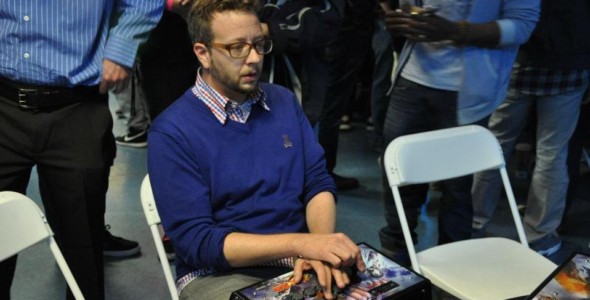 Wow, First Capcom and now Sony. Seth Killian; a man infamous for his Community Manager work at Capcom has left Sony Santa Monica. His other accomplishments during his time at Capcom include co-founding the annual EVO championships and was also an influential part of Capcom’s fighting game revival when Street Fighter 4 came out. Killian’s role at Sony was for him to be lead game designer for PlayStation All-Stars: Battle Royale because of his expertise in the fighting genre. Killian then took to twitter to reasure his fans that he left on good terms:

Hi guys, I chose to leave my Sony family back in Dec + on great terms. I was inspired by their amazing indies to do my own thing 🙂

You'll see the games I had the privilege to work on at Sony soon–SMS has a STELLAR lineup coming. As for what I'm up to, stay tuned…

Seth Killian is a great and smart guy and as someone who’s met him a few times in the past can tell you he’s a pretty chill dude and very professional in the few interviews and conversations I’ve had with him in the past. I hope he’s doing fine and will continue to do so. This information comes from the cool cats over at Siliconera.com